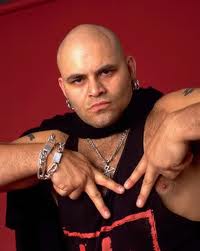 On this week’s episode of MLW Radio, hosted by AAA booker Konnan, former WWE creative executive Court Bauer and MSL, the trio discuss a variety of topics, including the time WWE attempted to buy the AAA lucha libre organization in Mexico. Bauer, a former member of the WWE inner circle, spoke about WWE’s plans for international expansion in 2007:

“They went in there [Mexico] with big, big ambitious plans a few years ago. They wanted to do a lot of business down in Mexico and then obviously those plans scaled back and they haven’t run in two or so years down there.”

Konnan, AAA’s matchmaker, offered an inside perspective on what took place during the negotiations between
WWE and AAA:

“I know exactly what happened because we had to live through it. We had a meeting. I’ve never talked about this.  We had somebody from WWE actually come and having a meeting with me and Dorian, who is the son of the owner. We had a meeting with somebody from WWE and they came and offered to buy AAA. He was really cool.  He was like, ‘We want to buy AAA.’ Dorian was like, ‘We’re not really for sale, but we’ll listen.’”

“They wanted to buy 51% of the company. I was like, ‘Dude, do not do that because these [guys], the minute they don’t like something, they’re going to get rid of us.’ I said why doesn’t Vince just buy 50% or 49%? They said Vince doesn’t like to go into partnership with anybody and doesn’t want to be asking for permission for anything. I asked what would happen to us. They said, ‘As you can see, we’re having trouble running WWE as it is and we’re trying to expand into Europe. We don’t really know what we’re doing in Mexico, so you guys would stay in power.’”

“We excused ourselves to go to the bathroom and I said that’s BS. The minute we do something they don’t like, they’re going to change it and there’s nothing we can do about it. We can’t give them this type of power, which he understood. He told them we wouldn’t sell that much of the company.”

The new episode of MLW Radio is available for free at www.MLW.com and on iTunes (search: MLW Radio), along with episodes featuring Chris Jericho, The Ultimate Warrior, Mick Foley, Billy Corgan, MVP, former WWE writers and many others. New episodes of MLW Radio are released each and every Sunday night on MLW.com.