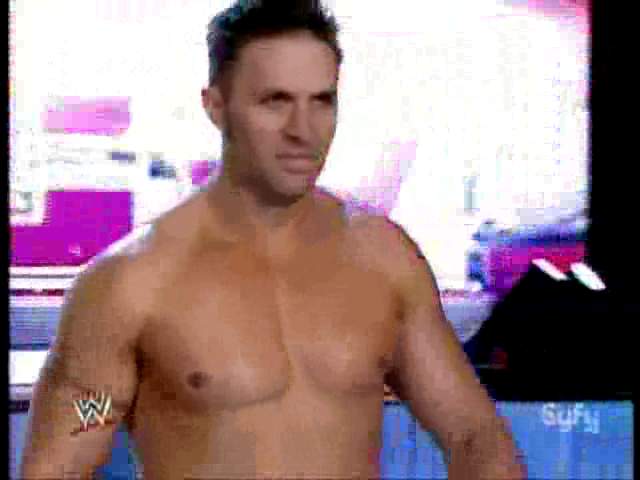 Lance Hoyt Discusses His WWE Release/Possible TNA Future, Whether Or Not The Cancellation Of ECW By Syfy Was A Huge Blow To His Planned Push As Vance Archer, Why The Gatecrashers Run As A Tag Team On SmackDown Came To A Quick Halt, The Transition In Style From TNA To The WWE, Plus His Thoughts On The Myth That Those TNA Talents That Sign With The WWE Will Not Be Able To Succeed There (Based On Their “Previous Employer” & As A Result Of Being Labeled/Branded With The TNA Stigma)

Lance joined The Big Mosh & “The Chairman of the Board” Todd Vincent for his return to “Your Home of Wrestling Radio” (in his first post-WWE interview), which is now available in Windows Streaming Media or via the official MNM Podcast on iTunes:

Whether or not he knew his WWE release was forthcoming before it actually happened: “I think, like it does with anybody & everybody, sometimes you have a feeling that something’s going to happen or not. It absolutely did catch me by surprise. I believe I had more than enough potential for the business, for WWE. I’ve felt like in the past you’ve seen guys that had kind of hit low times or slow times in the business, with the WWE or just in the business in general, and given enough time when that cycle came around, they were given that chance. I hoped with myself that would be the case. Maybe the economy is what it is, and it’s forcing different things to happen, but I felt like they were focused on certain people at the moment. I was not one of them unfortunately, but I also felt that I would be given the time to develop into what they wanted to, and then get my chance later on down the road. Obviously that’s not the case, and I’m not there anymore, but you know it’s the business, it is what it is, and you got to move forward, and that’s exactly what I’m going to do.”
If he received any insight into the reason for his release & whether the door is open for a return to the WWE down the line: “Yeah. Really the main reason was because of the financial situation. I think the economy the way it is, it’s affecting the WWE, it’s affecting everyone that’s doing wrestling, from the independents on up to the biggest level there is. I know they released seven other developmental guys the week prior, they released six of us off the main roster that week. I know three or four of the writers are gone, and I don’t know about anything else other than that, but it seemed like their was a big cutting at the moment, so budget cuts seemed to be the main reason that was given to me. As far as the door being open, there was a very positive conversation between myself & WWE when this happened, and I think there’s always a door open for me. You see people come in and out of WWE and the business all the time in different situations. At this point, that’s my main goal, to get back on the main stage…one way or another.”
Transitioning from TNA into the WWE & getting into the mindset of learning the aspects of what would become the Vance Archer character/persona: “One of the bigger things, I think, was learning and trying to find out who Vance Archer was, and who Vance Archer is, and who Vance Archer would end up being. Everybody that you’ve seen, their character develops over time, and that’s what I was hoping for with Vance Archer, but at this point, it hasn’t happened, not to say that it can’t happen in the future.”
His thoughts on the myth that those TNA talents who sign with World Wrestling Entertainment will not be able to succeed there, based on  their “previous employer” & as a result of being labeled/branded with the TNA stigma: “I don’t believe that to be the case at all. I think unfortunately my case is just a point of budget cuts. It literally is financial reasoning. I was not in a position of television prominence at the moment, and they are trying to make space and save some money. Unfortunately myself, (Luke) Gallows, Shad (Gaspard), & other people who were involved that were taken off all had potential and all had the ability to be major superstars within that company, but unfortunately we weren’t being used very prominently right now, so unfortunately, I think, they had to cut the budget.”
If there has been any contact between Lance & TNA since his WWE release & whether or not a return to TNA is a foregone conclusion: “In this business, you never know. I’ve wanted to achieve the highest level of success in this business, wherever that may be. I’ve had no communication with anybody. I’ve spent the last week and a half getting home and being with family, and that’s where all my focus and time is saved for. I’ve been gathering myself and getting ready to go forward. Will I end up in TNA? Who knows. Will I end up back in the WWE? Who knows. I’m going to push forward. I’m going to become as big and better as I’ve ever been.”

More is contained in Lance’s first post-WWE interview, including his candid thoughts & comments on whether or not the cancellation of ECW by Syfy was a huge blow to his planned push (along with that of several other talents on the roster), if the WWE Creative Team dropped the ball in the execution of The Gatecrashers storyline (and why his & Curt Hawkins’ run together came to an abrupt end), the biggest changes he had to adjust to in his wrestling style when transitioning from TNA into the WWE, the differences between both companies, plus why he believes he would gel well and “fit in just fine” with the current TNA product. Follow Lance in his post-WWE endeavors right now on Twitter (at www.Twitter.com/LanceHoyt).