Former WCW and WWE star Lance Storm announced on Twitter today that his wrestling school will be closing.

Storm wrote that the upcoming September 2019 training session at Storm Wrestling Academy will be his last and that at the end of the year SWA will be closing. Those who signed up for 2020 sessions were already notified.

In his statement, Storm also reassured fans that he’s not done with the wrestling industry and will make an announcement about his future at a later date. He explained that it’s time for him to once again redirect his life and wrestling career.

Below is Storm’s statement about the closure: 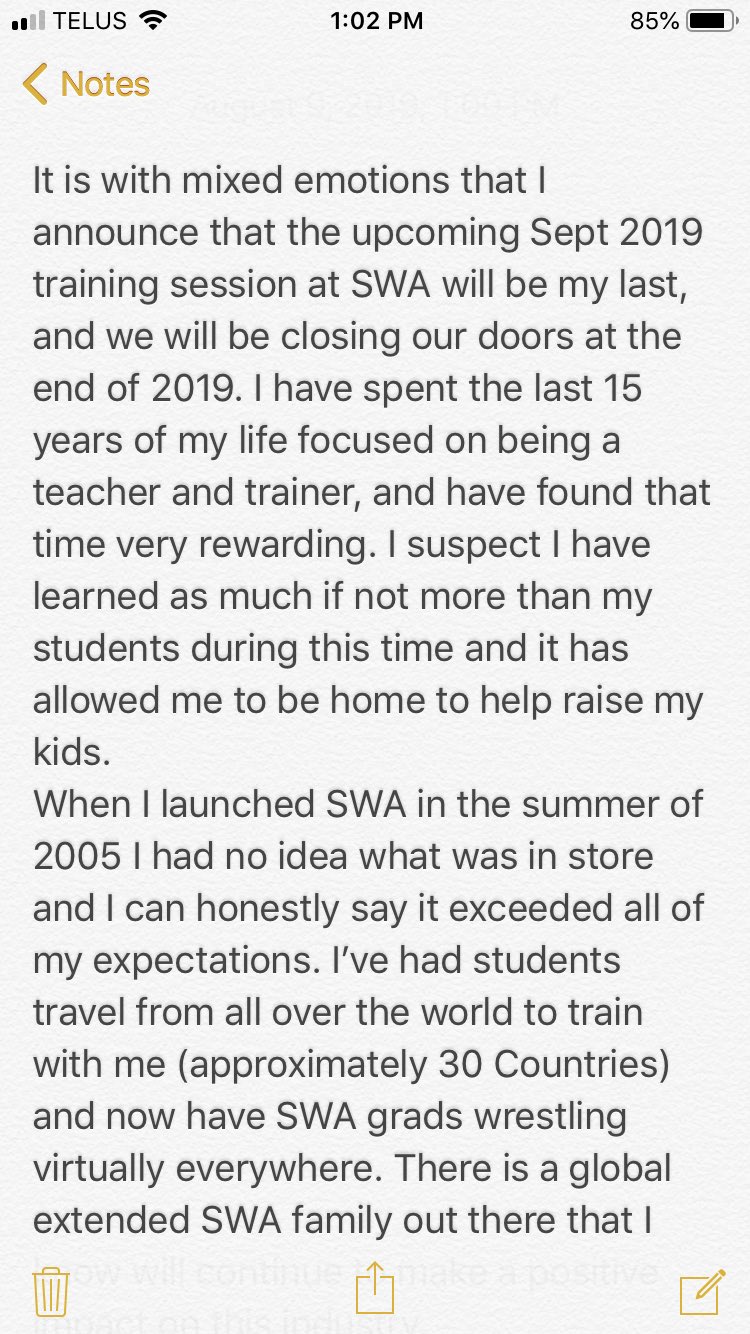 As it was just reported, Lance Storm will be closing Storm Wrestling Academy at the end of the year. Many of his friends and former students reacted about the news on Twitter.

Former student and WWE star Tyler Breeze tweeted, “Crazy to think lance has been training for 15 years already! I owe him a lot!” and former student and current Impact Knockouts Champion Taya Valkyrie wrote, “Training at SWA changed my life and set me up for the path my career would take. I’m forever thankful for everything I learned there and the continued support Lance Storm has for me in and out of the ring. Thank you, Lance, for believing in me, thank you SWA for everything.”

Former WWE and Impact star Gail Kim tweeted how it was a loss, “Well this is a loss to some potential future wrestlers. You were always the first recommendation I always gave. Your success rate was amazing and reflects your teaching…. but looking forward to hearing more.”

2017 SWA graduate and MLW star Brian Pillman Jr shared, “The final SWA session begins on my birthday! Same session I took in September of 2017. Do yourself a favor and catch this last class while you can!”

Stuntman Paul Lazenby reminisced about Lance Storm’s first class he ever trained. Lazenby tweeted, “28 years ago I became a graduate of the first class Lance Storm ever trained. Today he announced that he’s soon to teach the last. All the best in whatever comes next, my friend.”