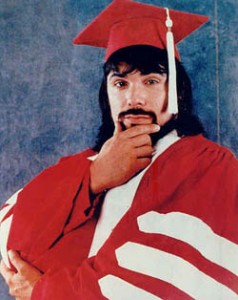 “Theresa Sareo- Alive Again” is the story of a New York based singer/songwriter, whose world came crashing down on her in June 2002. An impaired driver of an SUV, making an illegal U-Turn on Park Avenue caused an accident which put her in a coma and left her an amputee. She has since devoted her life to performing for and inspiring Wounded Warriors and trauma victims worldwide.

Produced by Evan Ginzburg, Associate Producer of Darren Aronofsky’s The Wrestler, along with Ms. Sareo and Rye Joseph, it is also directed by Mr. Joseph. Gary Sinise, Lanny Poffo and other luminaries appear in the film.

Check out the movie trailer: