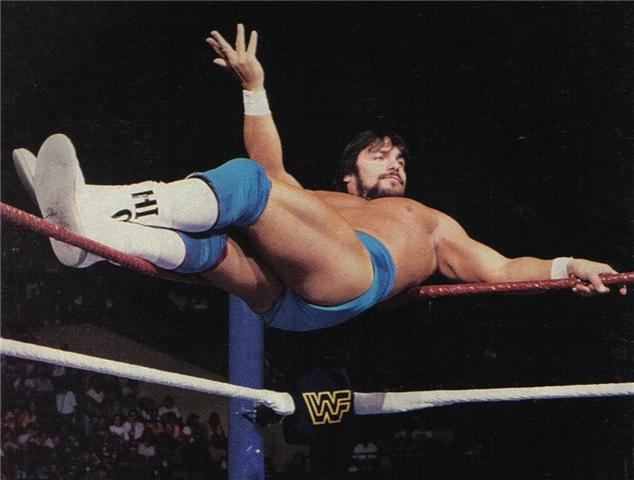 Below are a few highlights, courtesy of FOX News:

AWP: How were you involved in the documentary?

Poffo: About a month ago I texted [producer Kieran Bent] and said how are you doing with the project and is there any way I can get an advanced copy or do I have to wait until November 18th? So he says we got a rough cut I’ll send it to you. And you know, they were asking me all these questions, and I was just treating it like a shoot interview, and I had no idea that they would use any of that. They used all of it!

They used all the controversial things, and there were a few things that I didn’t like, and there were a few things that I thought were phenomenal, but all in all it is a must have! The two people I called up on the phone to thank were Bret the Hitman Hart and Diamond Dallas Page because their remarks were beautiful… And you know who was great, I don’t know where they found it, I never seen it before, but they had highlights of an interview they did with [Randy] before, that they did with him in 1993 or 1994 where he was at the fork in the road of his career, and it was like he was narrating his own DVD.

AWP: WWE is putting out a DVD documentary about your brother. Tell us about the project.

Poffo: My mother didn’t want to be in it, and I talked her into it, and she was phenomenal. You know she’s going to be 88 years old in January. She’s so…I don’t want to get negative, she’s still harboring the resentment that nobody offered her condolences from the WWE. And I said, “Mom look at it this way, this is not about the Macho Man, it’s about the Macho Fan. And they’re the ones who gave him his lifestyle. And they’re the ones that made him go on top of the mountain, and he lived there for many, many years, and he had a great life, and it’s all because of the Macho Fan.”