After a long battle with cancer, legendary women’s wrestling pioneer Penny Banner died in the evening of Monday, May 12, at her daughter’s home in Charlotte, NC. 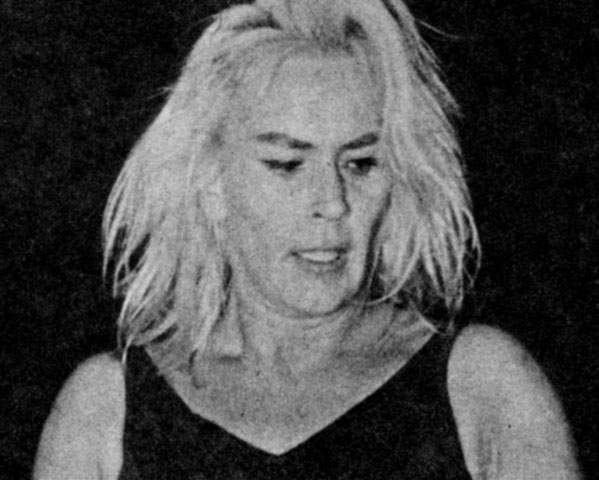 Penny Banner, real name Mary Ann Kostecki, was born August 11, 1935, in St. Louis, Missouri. She was married to wrestler Johnny Weaver for 35 years, until they divorced. Banner was the Commissioner of the Professional Girls Wrestling Association, and she is to be awarded the Frank Gotch Award at the George Tragos/Lou Thesz Professional Wrestling Hall of Fame in Waterloo, Iowa, on June 22.  She was the first woman ever given that award, which goes annually to someone who has brought positive attention to the sport of wrestling.  She was also the first woman inducted into the St. Louis Wrestling Hall of Fame. Staying in shape even later in life, Banner won medals in swimming and discus throw in the Senior Olympics. In late 2005, she was diagnosed with cancer, which doctors believed started in her fallopian tubes. After surgery, she made an excellent recovery, but ultimately lost her battle last night.

“The St. Louis Woman” Penny Banner grew up in the projects of St. Louis, and was working as a waitress at a hamburger shop before she became a wrestler. After a customer tried to rape her, she began to learn judo and do weight training so that she’d be able to defend herself. By chance she was noticed at her waitressing job by a male wrestler who told promoter Sam Muchnick about this tall, strong, beautiful woman. Before she was approached by Muchnick, she never even heard of girls wrestling. From that beginning, Penny went on to date Elvis Presley and hold numerous titles, including the first AWA Women’s Champion and the Woman’s World and Canadian Tag Team Championships. Banner was one of the stars of the women’s wrestling documentary Lipstick and Dynamite, Piss and Vinegar.  In spite of having to face many obstacles in life, Penny was full of life, fun, optimism, and a great spirit. In a rough, tough business, Penny remained a true lady.


Penny wrote her autobiography, Banner Days, and produced a shoot interview dvd, Shoot ‘Em Up, Penny. Her website is at BannerDays.com

I was honored to be Penny’s friend, and I, along with many other fans and friends, will miss her greatly. She was a great fan of karaoke and Elvis Presley, whom she dated. One of my prized possessions is a cd Penny sent me of her singing some of Elvis’ hits. We at ProWrestlingDigest.com extend our deepest sympathies and best wishes to Penny’s daughter Wendi and her family, and all of Penny’s many, many friends.

For the PGWA’s tribute to their Commissioner, click here.