Legendary team to be inducted into the TNA Hall Of Fame 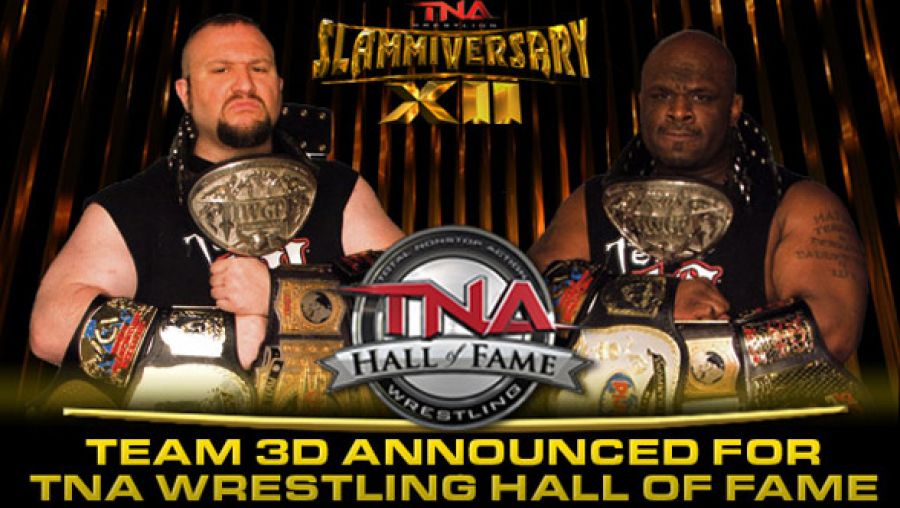 During Slammiversary XII on June 15, 2014 Olympic Gold Medalist and TNA Hall of Famer Kurt Angle announced the next inductees into the TNA Hall of Fame will be Team 3D, Bully Ray and Devon.

Having made their TNA debut in 2005, Bully Ray and Devon are known for their no-nonsense hardcore, taking care of business inside and outside of the ring, which often ends in putting their opponents through a table.

Team 3D becomes the third inductee into the TNA Hall of Fame, following the inaugural induction of â€œThe Iconâ€? Sting in 2012 and Olympic Gold Medalist Kurt Angle earlier this year.

A special induction ceremony for Team 3D will take place later this year.

Related Itemsbully raydevonhall of fametna
← Previous Story Dixie Carter calls out Tommy Dreamer
Next Story → Which ring should TNA use?