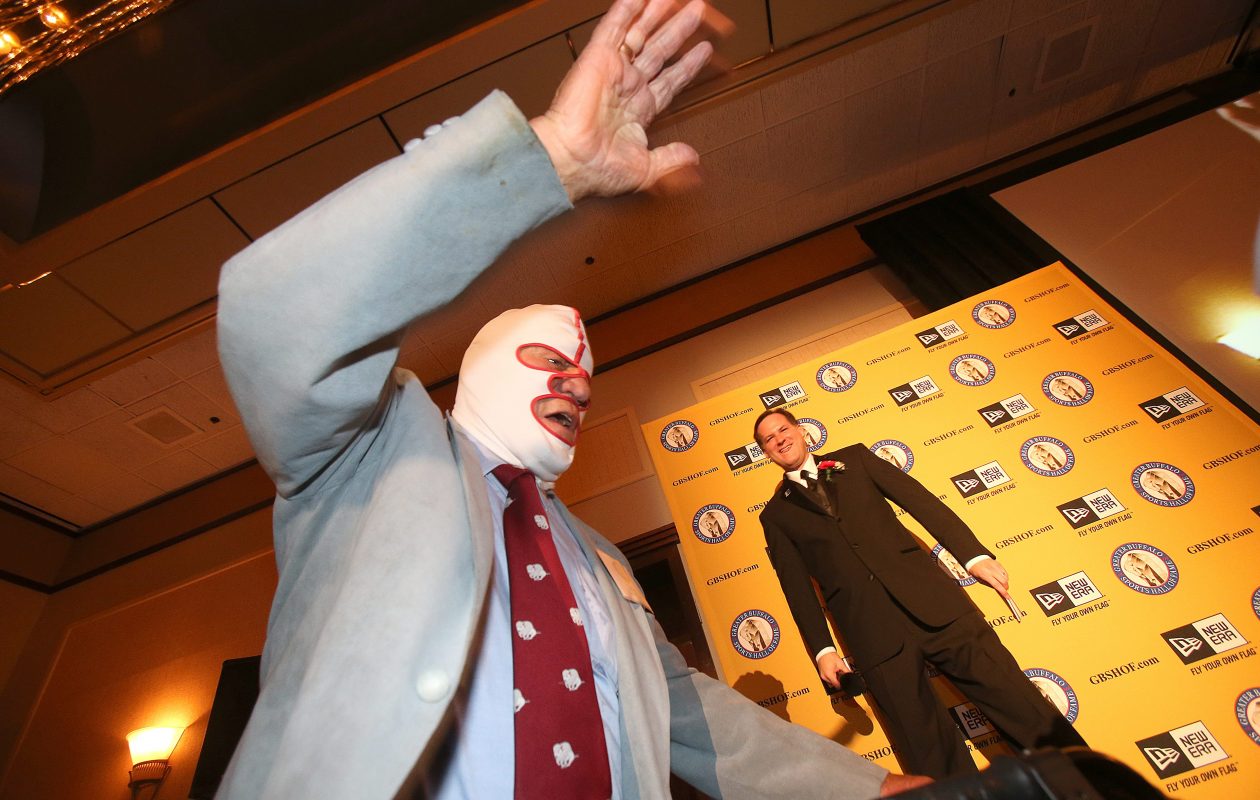 Dick “The Destroyer” Beyer, a Buffalo native regarded by many as the greatest masked professional wrestler of all time, and Ilio DiPaolo were close friends ever since they first met in the early 1960s.

Their relationship is chronicled in photographs and clippings on the walls of the late DiPaolo’s famous Blasdell restaurant, and ingrained in the memories of both families.

“He was like a second father to me,” Dennis DiPaolo said Thursday, heralding Beyer’s charitable work and dedication to the Ilio DiPaolo Scholarship Fund, which annually awards five grants to the top high school wrestlers in Western New York. One of those is “The Destroyer Award,” given to the “baddest” wrestler of the bunch.

“These kids that have all won his award, they all are given a mask,” DiPaolo said, “and we give them a check, and we give them a plaque and a trophy and a certificate and everything, and that’s all great. But the kids love the mask.

“He puts it on them and he goes, ‘Now you’re as good looking as I am!’” DiPaolo growled. “And even when he was using the walker and it was hard to get around, he still got up on stage to make sure he gave that award out. That’s the kind of individual and man he was.”