Home / Behind the Scenes / Legendary wrestler set to be honored

Legendary wrestler set to be honored 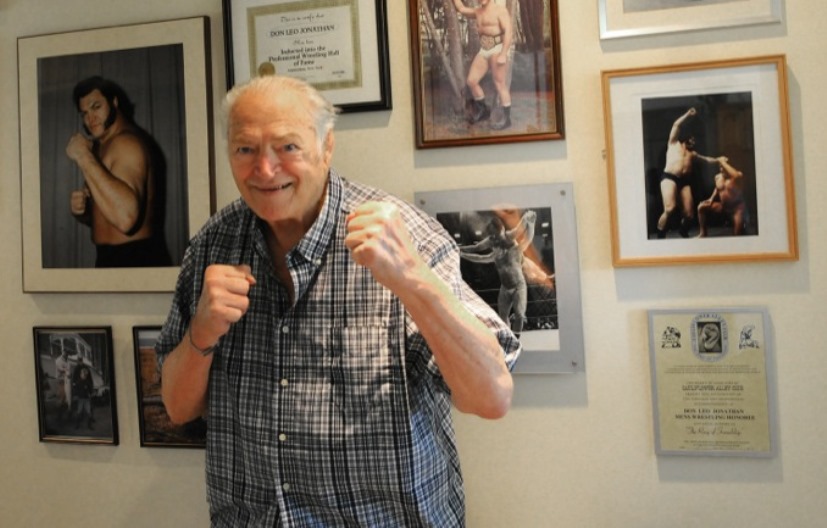 Editor’s note: Don Leo Heaton wrestled under the names Don Leo Jonathan and the Mormon Giant in the 1950s, ’60s and ’70s before a back injury forced him to retire in 1980.

“Once in a while I have dreams that the match is ready to go on and they are calling me to the ring and I don’t have my shoes tied up or some silly damn thing,” Heaton said with a laugh.

Heaton is seated on a chair in his Langley home. A wall in the nearby hallway shows him in his younger days, a strapping young man in wrestling trunks and boots. His waist is adorned with a championship belt, one of the many titles he won during his illustrious career.

That was a long time ago. The pictures date back four, five and even six decades.

Heaton, who is 84 years old, retired from the professional wrestling ranks 35 years ago, in 1980.

And on Friday (July 24), he is set to be honored by All Star Wrestling at the Cloverdale Fairgrounds.

He is one of four all-time greats being recognized by the league.