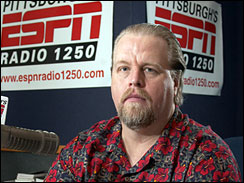 It seems safe to assume that Impact Wrestling will never break big. A modicum of success is probably the best that can be hoped for.

That’s OK. There’s still money to be made. Still a product to be sharpened.

The money mark has tried the Hogan/Bischoff way of doing things. It’s cost her a pretty penny, with zero tangible results. Now she’s inexplicably spending even more by taking the TV show on the road. BAD IDEA.

It’s time to try the Jarrett/Lawler way of doing things: Cut payroll until you show profit. Trim the fat. You’re not running a charity. YOU’RE SUPPOSED TO MAKE MONEY. For a wrestling promotion, there is no greater good.

Impact did a 1.2 last week. With the roster adjustments I suggest, Impact would still do 1.1s and 1.2s while slashing expenditures and streamlining the product. A smaller roster means more concise booking and better character development.

All talent listed (except Aces & Eights) is on the talent roster posted at ImpactWrestling.com. I thought some are gone already, but most of those are so bad they deserve to be fired twice.

Those are your regulars. Others could be (and would be) brought back occasionally on a per-night basis. But build around those 18 wrestlers. (King Mo is excess baggage, but he keeps Spike happy, and Bellator’s probably paying the freight.)

That’s over two dozen paychecks 86’d. A ton of money saved, and the promotion wouldn’t suffer. NOT ONE BIT.

All of the Knockouts get ditched, but are brought back per-night as needed. It’s not like they can go anywhere else and work. If you feel the need to keep 2-3 under contract, fine. I’m not sure it makes any difference which three.

Let’s address some of the terminated:

Aces & Eights: They mean nothing. They are nothing. WWE rejects and bums. The Garett/Brisco turn: SNORE. Eric Bischoff as their leader will make it even worse. “Eric finally gets to be the leader of a bike gang! YAY!”

Brooke Hogan: Totally useless unless you’re doing a remake of “The Rocky Horror Picture Show.” “Come on up to the lab…maybe see what’s on the slab.”

Christy Hemme: Hot chick. Her ring announcing does not add one thing to the program or cause even one extra person to tune in.

Hulk Hogan: Huge drain on payroll who sucks the life out of the promotion by bigfooting every show. Can’t work, but is on top of the card. Hogan’s family crest should read: “Taking more than giving since 1994, brother.”

Joey Ryan: Take sleazy somewhere else, Harry Reems. An example of how the IWC badly overrates in their sad desperation to anoint new stars.

Mr. Anderson: I called this back when he was Mr. Kennedy. A weak-jawed, flabby loser who defines tame, tedious and trite. Steve Austin got this one wrong.

Rob Van Dam: I’m not anti-RVD. I just don’t think he helps much, and I’m sure he doesn’t work cheap. I’d retain him at a (very) reduced rate.

Sting: This is my toughest call. Sting is a pro’s pro, and has a ton of credibility. The makeup helps retard the perception of him aging. Here’s the problem: I don’t know what Sting gets paid, but I bet it’s a lot, and I can’t imagine him being worth it. But I could be persuaded to change my mind on this one.

Taz: Taz was a decent announcer in WWE. Perhaps he was helped by being coached through his headset. But he’s brutal with Impact, and why doesn’t matter. Taz reminds me of Bobby Heenan and Gene Okerlund: When they were in WWE, they were the best at what they did. They jumped to WCW for big money, but thought the promotion was beneath them, and tanked on a regular basis.

Eric Bischoff is not on Impact’s roster, but he’s there, and he’s got to go, too. He and Hogan are the founding fathers of all this overpriced tedium.

There it is: A blueprint for making money. Or at least losing less. You might say it wouldn’t make Impact better. I say it couldn’t possibly make it worse.