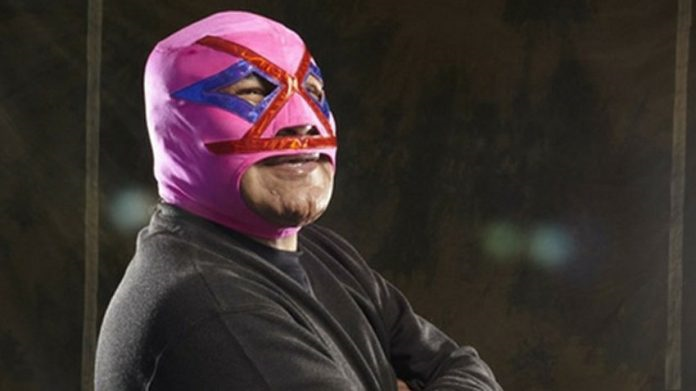 On the same day, AAA released the official card for this weekend’s “TripleMania” event and a lucha libre legend – Villano III – passed away making for a huge, albeit sad, news day in the world of lucha.

Villano III was a member of the legendary Villano/Mendoza family that began wrestling in the 1970s. On Tuesday, Aug. 21, Villano III passed away at the age of 66 due to cerebral infarction. Villano III had been battling with health issues for a number of years, including a stroke a few years ago.

Villano’s father, Ray Mendoza Sr., was a legendary wrestler in the 1960s and his older brothers – Villano I and Villano II who have both passed away – were a successful tag team in the late 1960s (under different names). Mendoza made his sons all go to college before they could officially start wrestling but all of them were raised in it. In 1970 his brothers began wrestling as Los Villanos (Villano I and Villano II) and declared that “Villano” was the family name.

Villano III debuted as the unmasked Ray Rosas but soon donned a number of masked characters including Mancha Roja, Bufalo Salvaje, Rokambole and Pulpo Blanco before taking on the persona of Villano III in 1973 when his brothers and father believed that he was finally experienced and worthy enough to carry the family name.

Mendoza was a key figure in the formation of the Universal Wrestling Association (UWA) as a promotion that splintered off of the more established CMLL/EMLL. One of the key reasons in Mendoza wanting to help form the promotion was because of his belief that EMLL was not giving his sons a fair chance. As a result, all three Villano’s jumped to the UWA where they became big stars.

Villano III built up an incredible list of Mask/Hair wins in the 70s and 80s – more than 30 – that included stars like Perro Aguayo Sr., Pegasus Kid (Chris Benoit), Mascara Ano 2000 and many of the Brazos family members.

While Villano III was most known in Mexico for his incredible run in the 70s and 80s, much of his most heralded matches were either not filmed or the tape was not preserved by the promotions (UWA was notorious for this). Still, there are a number of incredible Villano III matches on Youtube that fans can enjoy today including matches against the original Tiger Mask, Benoit and many others.

His most well known match, however, is the classic Mask vs. Mask Match between he and the legendary Atlantis at CMLL’s 2000 Anniversary Show , in which Villano finally lost his mask. That match is still considered by many to be the greatest match in Lucha Libre history.

Villano III’s legacy will live on with his sons. After retiring, Villano III trained his sons who now wrestle as El Hijo del Villano III and Villano III Jr.

In a much less somber note, AAA finally released (the sort of) complete card for this weekend’s “TripleMania” card.

The main event has been set for quite some time but after teasing that it wouldn’t be held inside of a Steel Cage, the 4-Way Mask vs. Mask epic between the legendary L.A. Park, El Hijo del Fantasma, Pentagon Jr. and Psycho Clown was announced to be held inside of one.

The rules to the match are pretty simple: the first two men to escape the cage are safe and the final two entrants left in the cage will then face off in a fall that will be decided by pinfall or submission with the loser being forced to unmask.

Luchadoras Lady Shani and Faby Apache will also face off in a Mask vs. Hair Match that has been an ongoing feud for nearly a year.

AAA Mega-Heavyweight Champion Jeff Jarrett (yes, everyone is rolling their eyes at that) was originally scheduled to defend the title against Fenix but AAA announced that Impact’s Rich Swann and Brian Cage have now also been added to the match.

Dorian Roldan said that the reason they were added to the match was because he wanted to add representatives from Impact Wrestling and Lucha Underground to the match, though Fenix wrestles for both promotions. The real reason was likely simply to make for a much better match. Jarrett can just stand on the outside and argue with fans, while Fenix, Cage and Swann have a good match.

The event will be streamed like on Twitch with English commentary from Matt Striker and Vampiro. The show starts at 7:30 p.m. (central time) on Aug. 25 at https://www.twitch.tv/luchalibreaaa_en.

The other big news coming out of this event is that Alberto el Patron is officially off of the card. AAA didn’t say much about this at the press conference but Alberto issued a statement claiming that AAA didn’t pay the money they promised him and that is why he is not appearing.

Later, Roldan said that AAA had not had any contact with Alberto since he no-showed the Impact vs. Lucha Underground event on WrestleMania weekend and did not plan on him being a part of the card despite him being advertised for months.

Alberto claims that he spoke to Roldan recently and the reason he won’t be there is simply because AAA never paid his required deposit.

Alberto was originally said to be facing Impact’s Eli Drake at the event and then it was later changed to him facing a mystery opponent that was said to be “his favorite opponent” and many believed to be Rey Misteroi Jr. Alberto himself claims that Roldan told him recently that they planned to do Alberto and Rey against a mystery team, but considering Rey hasn’t been advertised for this event at all that is unlikely.