Luke Harper Announces He Has Requested His WWE Release

Luke Harper took to Twitter today to announce that he has requested his release from WWE.

Harper previously tweeted about being concerned or unhappy with his position in WWE going into the WrestleMania 35 Axxess events, where he wrestled Dominik Dijakovic for the Worlds Collide tapings. That match aired this past Sunday on the WWE Network, Harper’s first WWE TV match since last summer. Harper noted in today’s announcement that he is proud of his 6 years with WWE, but asking for his release felt right for himself and WWE.

There’s no word yet on if WWE will grant the release, but we will keep you updated. It was recently reported that WWE was not interested in granting releases due to competition from AEWand other promotions, but some Superstars have been released this year.

You can read Harper’s full statement below:

“As of this evening, I have requested a release from WWE. The past 6 years have been a simply, amazing journey around the world and back with lifelong friends and family. I am proud of it all and proud to say I shared the ring with my co workers.This decision, as difficult as it was, feels right for myself and WWE. My goal in the future is to continue to grow as a performer and person and continue to make my family proud.

Thank you. From the top to the bottom of WWE. Thank you to the fans for your undying support. Thank you everyone.” 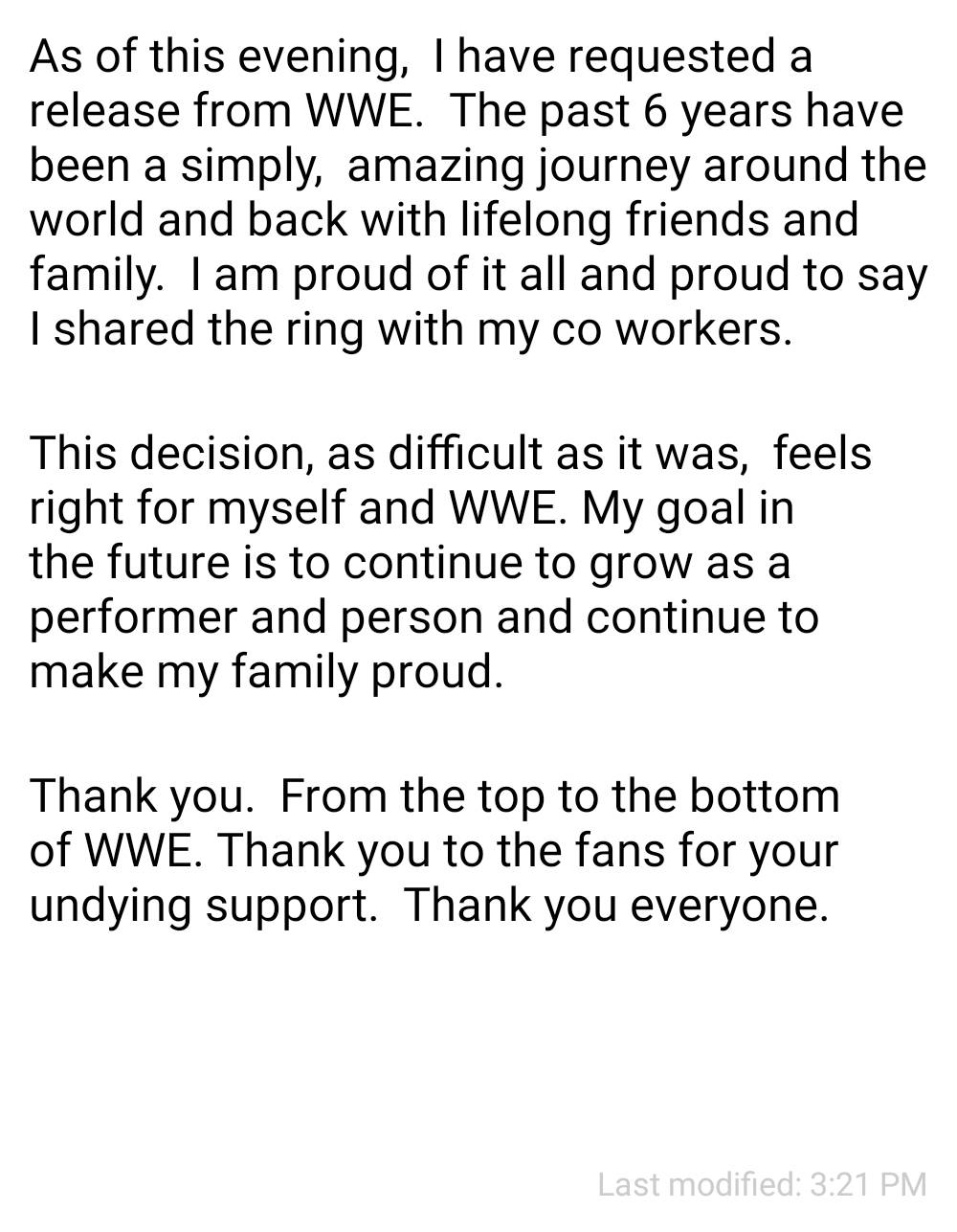