Home / Indies / M-Dogg20 out of action with a groin injury

M-Dogg20 out of action with a groin injury 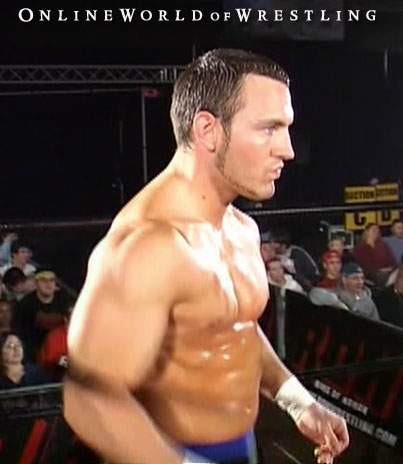 I just talked to Matt “M-Dogg 20” Cross, he’s out of the Super 8 tournament this weekend due to a groin injury in a match several weeks ago. Anyway he posted this on his myspace.com blog…and wanted THE INTERNET to know about his injury…so I said I would forward it onto everyone…

Professional Wrestling is the best of times and the worst of times. There’s little doubt in my mind that one day, when it’s all said and done, if I choose to write about my experiences, that sentence will open my book. Never has it been more true than right now. As evidence, simply compare my last blog to what follows…

On Saturday night, October 27th, while taking part in JAPW’s 10th Anniversary show, I attempted to execute a single-leg shoot/takedown, something I’ve been doing since 8th grade amateur wrestling. It’s second nature, to say the least, and I’ve been doing the maneuver for over ten years at this point. Well, this day, fate had a different plan, and as I extended my front leg I nearly fell to the canvas in pain. It honestly felt like my leg had been ripped off and then hurriedly reattached. Welcome to the world of the ripped groin. My leg is black and blue from the knee up, and I’m unable to really run or jump or do any of the things that make me me.

I want to apologize to JAPW for not being able to deliver the same level of excitement I always try to bring to the ring, and I’m also sorry to FNW in Pittsburgh for having to cancel a booking that I was looking forward to.

Above and beyond anything else though, I want to send my sincerest apology to Jim Kettner and the ECWA. It’s hard for me to describe the genuine thrill I felt when Mr. Kettner contacted me earlier this year to be in the prestigious Super 8 Tournament. This tournament has always had an aura associated with it, and I truly felt honored to be able to add my name to the list of past competitors including Aj Styles, Christopher Daniels, The Hardys, Bryan Danielson, Paul London, etc. If there was ANYWAY I thought I could compete in the tournament, I would be there this Saturday. It was a race against the clock and I ran out of time….I’m at about 50% right now and don’t want to disrespect the tournament by showing up any less then 100%.

I told him personally, and everyone should know, that I feel terrible to not only miss a show…THIS show….but also a show run by Mr. Kettner. We’ve never met face to face and I’ve only spoken with him on the phone, but I can’t emphasize enough how nice, accommodating, and genuine he is. The tournament aside, I was very much looking forward to working for such a class act as Jim Kettner. In an age of scummy wrestling promoters and shady business tactics, Mr. Kettner is a shining example of how things could and, arguably, should be. He had my flight and hotel booked well in advance and kept me posted at every step of the process. He continually asked if I had any questions and was a pleasure to deal with. I feel absolutely terrible that I have to cancel on him and want it to be clear to everyone that, because I’m physically unable to wrestle at the moment, I’m pulling myself out of the competition.

Needless to say I’m not the happiest I’ve ever been so feel free to, “leave me some love” as the kid’s say. Hope to see everyone out there again soon