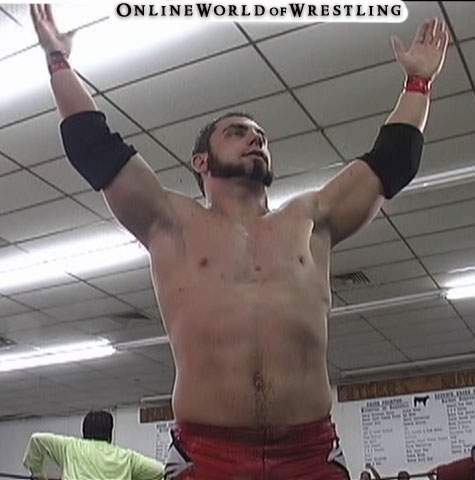 Austin Aries just changed the landscape in Dragon Gate USA. Let’s get to the news:

-Austin Aries released this promo late last night. This is a must watch as it has major ramifications on the DGUSA shows in Atlanta on Wrestlemania weekend: click here

-A decision on Aries’ situation will be made by Monday. Once the Aries decision is made, the rest of the cards will quickly fall into place. There will be many match announcements for Atlanta this Monday in the DGUSA.tv News Alerts section.

-For much more on the Austin Aries situation and how Akira Tozawa figures in go to today’s www.DGUSA.tv News Alerts update.

-The DGUSA.tv Weekly Special has been extended. Get any 3 DGUSA DVD sets for just $45, a savings of 25%. You can mix and match any DGUSA DVDs you want including all our acclaimed double DVD sets and the three newest releases featuring Bryan Danielson’s last great indy matches before going to WWE as Daniel Bryan. Go to the www.DGUSA.tv Store or call 267-519-9744 to take advantage. This special ends this Wednesday.

-“United We Stand” premieres on pay-per-view one week from tonight on March 11th. Look for it on DISH Network, iN DEMAND and cable systems everywhere. If you have cable with On Demand you can now watch a 10-minute preview for FREE with just a few clicks of your remote. Just go to the WWE, UFC, Boxing section and then go to the PPV previews. The entire lineup is now available in the www.DGUSA.tv PPV section. The PPV features the first match of the year candidate of 2011 as BxB Hulk battles Akira Tozawa!!!

-We announced today that CIMA and Naurki Doi are the head trainers for the Seminar/Tryouts for wrestlers on April 1st in Burlington, NC. This is a great chance to step in the ring and learn the Dragon Gate system from these two Dragon Gate kingpins. You could even end up being booked! Go to the www.DGUSA.tv Seminar/Tryout section for info. There is also a Seminar/Tryout on April 2nd in Atlanta, GA with Masato Yoshino & PAC as head trainers.

-Ronin of Johnny Gargano, Rich Swann & Chuck Taylor are currently on their first tour of Japan for Dragon Gate. They immediately won over the Tokyo crowd in their Korakuen Hall debut by defeating CIMA, Naruki Doi & Naoki Tanizaki. The same card saw PAC vs. Ricochet steal the show in a battle of the best high-flyers. Ricochet attacked PAC after the match, which PAC won. The new generation has arrived and they are making an impact worldwide!!!

-Georgia’s Rampage Pro Wrestling will present the Bonus Card on April 2nd in Atlanta. This will go on at 6:30pm and be for Golden Circle and stage ticket holders. The lineup has: J-Rod vs. former WWE superstar Bull Buchanan for the RPW Heavyweight Title; Murder 1 & AJ Steele vs. Cru Jones & Shaun Banks for the RPW Tag Team Titles; Jimmy Rave vs. Kyle Matthews; Sugar Dunkerton vs. Sal Rinauro. Go to www.RampageProWrestling.net for more info on the promotion.

-Here is a Jimmy Jacobs’ promo looking at his future in wrestling and confirming he will be on the DGUSA events in Atlanta: http://www.youtube.com/watch?v=45EH2OVHKmo

-DGUSA has partnered with CWF Mid-Atlanta to present a double header on April 1st in Burlington, NC. The CWF Mid-Atlanta card will be at 7pm and the DGUSA event will begin at 8pm. DGUSA announced The Breakout Challenge for this event. Here is how the entire card is shaping up now:

Tickets are now on sale in the DGUSA.tv Store or by calling 267-519-9744. All ticket holders will get admission to the DGUSA and CWF cards. This means you get two shows for one ticket price!!!

Stable Shootout pitting Blood Warriors vs. Ronin
The Shootout will have the following matches:
1) 1-on-1 battle between one member of each stable.
2) A dream partner tag team match, but a participant cannot team with someone from his own stable.
3) This is actually two matches. Each stable will get to book a member of the opposing team against any available opponent.

-Plus Brodie Lee and many others!!!

-Thank you for reading.

Related Items
← Previous Story WSU 4th Anniversary / Hall of Fame Results
Next Story → AS I SEE IT: The Earthquakes in Japan