Maria to do YouSHOOT (submit questions) 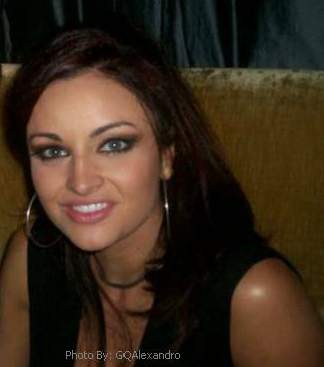 Kayfabe Commentaries, producers of the hit shoot-style interview series “YouShoot,” have announced that Maria Kanellis is the next guest on the show.  The series takes the more outspoken and newsworthy wrestling figures and lets them face their public, as the entire interview is conducted via fan videos and questions.  Fans can submit their videos and email questions via the company’s website, www.kayfabecommentaries.com.

Kayfabe Commentaries’ Sean Oliver says the timing is perfect for Kanellis’ appearance.  “The series has never been hotter,” Oliver began.  “With the blockbuster Jim Cornette edition recently released, and the forthcoming ‘YouShoot:Live with Dixie Carter’ it seems the eyes of the wrestling DVD market are on this series right now.  And the eyes of the network television world are on Maria Kanellis, thanks to her performance on NBC’s ‘The Apprentice.’  It’s a natural marriage.”

Kanellis began her rise to wrestling notoriety in the WWE Diva Search, going on to star in the company’s popular Diva division.  Kanellis posed for a Playboy pictorial, then transcended the wrestling world to the world of mainstream television, where she currently stars on “The Apprentice.”

The “YouShoot” series was launched by Kayfabe Commentaries three years ago after the success of their “Guest Booker” series.  The series has become wildly popular as the stars of the show appear beside their unpredictable public.

Visit www.kayfabecommentaries.com for more on submitting questions for Maria.