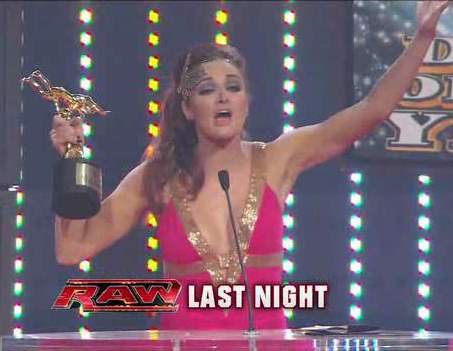 The former WWE Diva and star of NBC’s reality series “The Celebrity Apprentice” can now add “YouShoot” to her list of things tried while on earth.  Kanellis is the latest guest on the hit shoot series which has stars of pro wrestling agree to answer everything the public throws at them, via emails and webcams.  She does all that and more on this edition of the series produced by Kayfabe Commentaries.

Since being released from WWE, Kanellis went on to an even higher profile gig, as she landed a coveted spot on NBC’s smash “The Celebrity Apprentice.”  Kanellis remained until the final weeks, and then was brought back on for the season finale.

Kanellis’ positioning in the network series showed her to be unique and brave.  Kayfabe Commentaries’ co-founder Sean Oliver says that showed her to be a perfect candidate for the “YouShoot” show.  “Her strong sense of self and individuality told me she’d do well on our show as well,” Oliver began.  “You gotta be a little brave, and a little nuts to do YouShoot.  Maria proved to be the right mix of both, with a dash of sugar and spice thrown in for good measure.”

This edition of “YouShoot” has Maria answering all questions, from WWE Diva dirt, to life with the boys, to life with CM Punk, and all things in between.  Maria also plays some of the “YouShoot” games which have become a staple of the show, “The Ho Bag,” “What a Dick,” and “The Playboy Game” among them.

This hilarious edition of “YouShoot” went on sale today and is available at www.kayfabecommentaries.com.

Related Items
← Previous Story AS I SEE IT: The WWE NXT Angle
Next Story → A New Episode of WSU Uncensored