Home / Merchandise / Massachusetts Governor and Boston Mayor have announced the formation of ‘The One Fund Boston, Inc.’ + charity auction

Massachusetts Governor and Boston Mayor have announced the formation of ‘The One Fund Boston, Inc.’ + charity auction 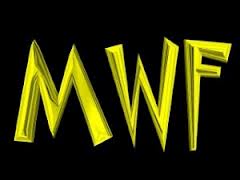 Today, Massachusetts Governor Deval Patrick and Boston Mayor Tom Menino have announced the formation of The One Fund Boston, Inc. to help the people most affected by the tragic events that occurred in Boston on April 15, 2013.

Thanks to our friends at WWE, the Millennium Wrestling Federation will be doing what we can to help the cause.  Through Sunday night, April 28th, we’ll be auctioning off a WWE Night Of Champions 2008 PPV Chair to benefit One Fund Boston – if a local fan wins and picks up the chair themselves, there will be no shipping fees of any kind and 100% of the proceeds will go to the Fund.  We’re holding this auction on BOSTONWRESTLING.COM to avoid eBay and Paypal fees.  The high bidder can choose to pay with a credit / debit card on Paypal but fees will be added to cover their processing fees.

Night of Champions was one of the biggest WWE PPV’s of 2008 and took place in Dallas, TX June 29th, 2008.  It is in mint condition – never sat on or used.  WWE makes extras in case of seating issues and were generous enough to send it along to the MWF.  The only other way to get this chair now is second hand from someone that had a $300 ticket to the event itself with the fan sitting in it and taking it home.

Over the past eleven years, the MWF has prided itself on assisting a wide variety of non-profit organizations, being named Special Olympics Partners from 2011-2013.  With this tragic incident fresh in our minds, we want to make sure that the professional wrestling community is involved in a positive, helping way.  NOTE:  fans outside of the Boston area are welcome to bid but are responsible for what can be pricey s&h due to it’s size and weight).

Bidding starts at only $50 which can be emailed with your name and address.  Even if you can’t help financially, please spread the word to fellow fans and friends.  We will be adding a photo of WWE Hall of Famer Ron Simmons with the chair shortly.
Related Itemsmwfwwe
← Previous Story The Blue Meanie gives his “Montreal Theory”
Next Story → Congratulations to Bobby Sharp – the 2013 CAC Future Legend award winner