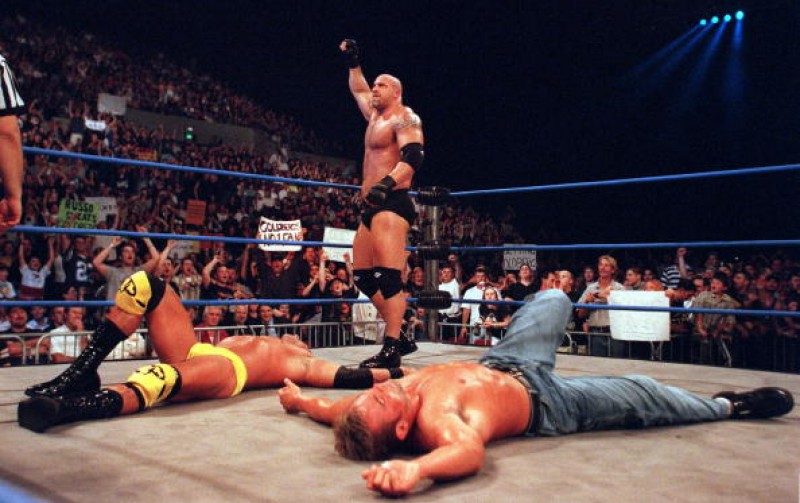 Mastering The Mat: Becoming a Pro Wrestler
By Matthew Roblez

The process of becoming a professional wrestler is a grueling one, but the commissioner of the Ultra Championship Wrestling-Zero organization, Matthew Roblez believes it takes discipline and dedication to reach the top.

The WWE has transformed professional wrestling into one of the most lucrative businesses in entertainment. Superstars like The Rock, Stone Cold Steve Austin and John Cena have made becoming a professional wrestler as desirable as becoming a rock star. But just as in music or any sport, the probability of being successful is very slim and it takes an abundance of hard work to even get started.

After you decide you want to be a wrestler, you should learn everything you possibly can about wrestling. Pick up some books and magazines about wrestling like Pro Wrestling Illustrated, and learn about the craft and it’s history. Once you feel that you have absorbed enough information, you’ll want to begin work on one of the most important pieces, which is your body.

The first thing you will have to do to improve your physique is develop a weight lifting regiment. Create a workout plan that emphasizes biceps and triceps twice a week. It is important to note that many professional wrestlers have large necks due to the amount of moves that land you on your back and neck area. Make sure to focus a certain amount of time to neck strengthening, as it may protect you from severe injury.

Strength is important for a wrestler because they must have the ability to lift their opponent off the ground, but it is not the only essential. Stamina and conditioning are equally as important, to ensure a wrestler does not run out of energy during a match. Maintaining a healthy diet that is high in protein, and low in fat and sugar is critical to achieving maximum results. Being in good shape and being in wrestling shape are two very different things. Running a few miles a week or many other exercises to improve your cardio, like bike riding or swimming are good methods.

When you feel you’re in wrestling shape, it might be a good idea to look into enrolling in a wrestling school to teach you the mechanics of the mat. There a few well-known schools around the country like Ring Of Honor and Ultimate University, who have worked with WWE Superstars like The Miz and John Cena.  Matthew Roblez has seen a lot of talent come through the UCW-Zero organization, and understands full well the commitment involved.

“It’s extremely difficult,” said Roblez. “It really is. Once you come to the decision that this is what you want to do, you have to dedicate yourself 100%. There is no room for weekend warriors, there is no half-stepping in this business, cause if you half step or are not fully committed, you won’t last. Or even worse you’ll get seriously hurt, or God forbid, hurt someone else. Guys think for some reason that they won’t get hurt, as if the mat is going to protect them. No, you can get hurt. And chances are you will.”

One thing to always remember about professional wrestling is that it is entertainment. You can have all the physical tools in the world but if you can’t captivate an audience, you won’t go far. Whether it was the electricity of The Rock, or the “stylin’ and profilin’” of “The Nature Boy” Ric Flair, the great ones have always been able to capture a crowd with their words.

It is key to be able to affect the fans with your words, and speak in front of large audiences so your character has more impact. According to Matthew Roblez, it might be a good idea to take part in  a speech class or something to help you strengthen your ability to project your voice and enunciate. If you plan on being successful in the wrestling business, you will have to know how to cut a promo every so often. If you plan on being one of the biggest stars in the industry, you will have to do them on almost a weekly basis in order to keep the audience invested in your storylines.

There are many that feel that this is a bad time to get into the business, as opportunities are few and far in between, and connections are what hold the most weight.

“He is going to get beat up, he is going to lose everything he’s got, all his friends, and the chances of making it in the business right now, unless you are somebody’s son or somebody’s cousin or brother, are about slim to none.” Said former WWE star Brutus “The Barber” Beefcake.

But there are those like Chris Jericho, one of the biggest names in the business over the last ten years, that believe just like any goal if you work hard at it, it is achievable and you’ll see your return on investment.

“It’s the same thing for any dream,” Jericho said. “Whether you want to become an actor, musician, wrestler, or botanist. If it’s what you want to do just keep your blinders on, believe in yourself, and realize that nothing worth having is easy. If you really want to make it and you really think you have it in your heart than just go for it. Don’t let anyone tell you that you can’t do it.”

To become a professional wrestler, there are a variety of methods that you can use to prepare yourself that may yield a myriad of results. But if there is one thing that the wrestlers in Matthew Roblez’s organization can surely attest, is that it is universally difficult to achieve and even harder to become a success.