Matt Hardy talks about his 2010 future 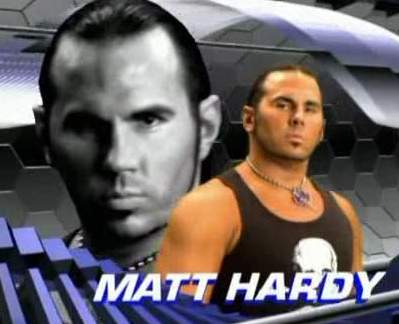 Matt Hardy Discusses What Lies Ahead For His In-Ring Future In 2011: TNA Or ROH, Why He Needed To Break Ties With The WWE, His “Constant Battle” He Was Facing Creatively While There, The Last Two Months Being “Two Of The Greatest Months Of My Life,” The Major Storyline He Was Penciled In For That Was Taken By Triple H, Why The Main Event Program Between Himself & Mr. Kennedy (Mr. Anderson) After Money In The Bank At WrestleMania 23 Never Transpired, How Long His & Christian’s Program Was Slated To Last Prior To His Departure From The Company, Why “If You Don’t Love The Business, You Will Not Last There (The WWE)”, Setting The Record Straight On The Internet Reports Regarding His Brother Coming From Last Sunday’s TNA Final Resolution PPV/The Story Creating A Life Of Its Own Online/The Latest Update On Jeff’s Status Going Forward As A Heel/In Immortal, His “Love/Hate” Relationship With The Internet “Dirt Sheets,” Being Referred To As “The King Of Social Networking” (And Why He Feels That Wrestlers Should Embrace & Capitalize Off Of The Prominence Of The Internet & Social Networking), What Fans Can Expect From Seasons IX & X Of The Hardy Show/The Projected Long-Term Plans For THS, Why He Classifies Randy Orton, Jack Swagger, The Motor City Machine Guns, & Generation Me As Those Being At The Top Of Their Game Right Now In The WWE & TNA, Why He Believes It’s Vital To The Future Of The Industry For Wrestlers To Be Granted Time Off Throughout The Year, & Why The WWE Is “Going To Find Themselves In A Really Strange Position” In The Next Several Years

Former eight-time World Tag Team Champion, former ECW Champion, & former WWE United States Champion, Matt Hardy, was the featured guest on this week’s live edition (12/13/10) of the award-winning Monday Night Mayhem. You can feel The Mayhem every Monday evening (at 7PM ET/6PM CT), exclusively on The Monday Night Mayhem Radio Network (www.MondayNightMayhem.com).
Matt joined The Big Mosh & “The Chairman of the Board” Todd Vincent for his highly anticipated debut on “Your Home of Wrestling Radio,” which is now available in Windows Streaming Media or via the official MNM Podcast on iTunes: