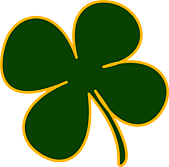 Matt is part of a big show that will feature all the stars of MCW.  Here are the details.

If you missed it last year, International Superstar and the Scariest Dog in the fight, Sami Callihan won the 2011 Shamrock Cup, and this year he aims to do it again, as he has already claimed his spot in the cup to defend his victory from last year.  This event is also known far and wide as our BIGGEST EVENT in MCW history every year, and we prove it every time, this is a must see event for any fan of professional wrestling!  See the event which has paved the way for such superstars of the Professional Wrestling industry as Robbie E, Calvin Reigns, Joey Mercury, Mickie James among many, many others!

* Robbie E, Calvin Reigns, Joey Mercury and Mickie James were labeled for reference, and are not scheduled to appear at the Shamrock Cup this year.

If you have any questions, please feel free to contact us at [email protected]