Daniel Rose, the attorney for Matt Riddle, issued the following statement: “The allegation by this independent female performer are completely false and another attempt to harass and humiliate Mr. and Mrs. Riddle and to try to tarnish their reputation in the community. We have been aware for two years of this performer stalking the Riddle family. In 2019, our firm had drafted a pleading against this performer to seek an injunction for cyberstalking in the Circuit Court in Orange County, Florida.”

Powell’s POV: WWN performer Candy Cartwright accused Riddle of choking her when she declined to have sex in a van in May 2018. Riddle and now his attorney have both accused her of cyberstalking. Cartwright also released text conversations “from just about a year ago” with the Riddles. Sean Radican of PWTorch.com reached out to WWE for comment on the matter earlier today. “We take any allegation of this nature very seriously and are looking into the matter,” WWE replied in a statement. Riddle is scheduled to make his Smackdown debut tonight in a segment that was taped earlier this week.

Regarding our client Matt riddle @SuperKingofBros 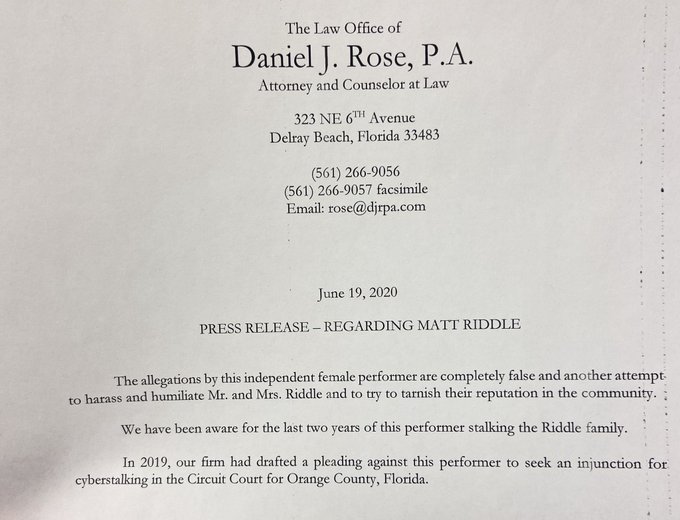