Meet Matt and Jeff this weekend! 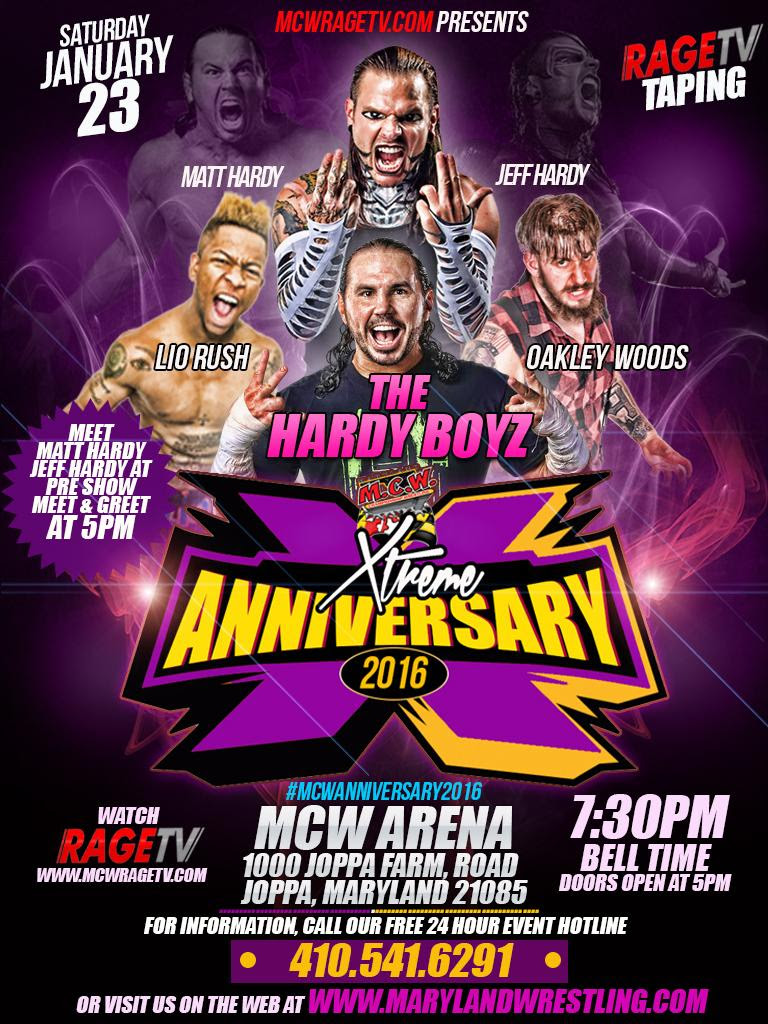 Before the live MCW “Xtreme Anniversary” event on Saturday, January 23 at 7:30 pm at the MCW Arena, 1000 Joppa Farm RD in Joppa, MD, join the meet and greet with international stars at 5 pm.

Bill Apter will also be on hand! The world-travelled and renowned wrestling journalist has worked on Fighting Spirit Magazine, WOW Magazine, Pro Wrestling Illustrated, has been featured on the WWE Network, and finds his internet home at 1wrestling.com! Apter will be signing his book, “Is Wrestling Fixed? I Didn’t Know It Was Broken!”