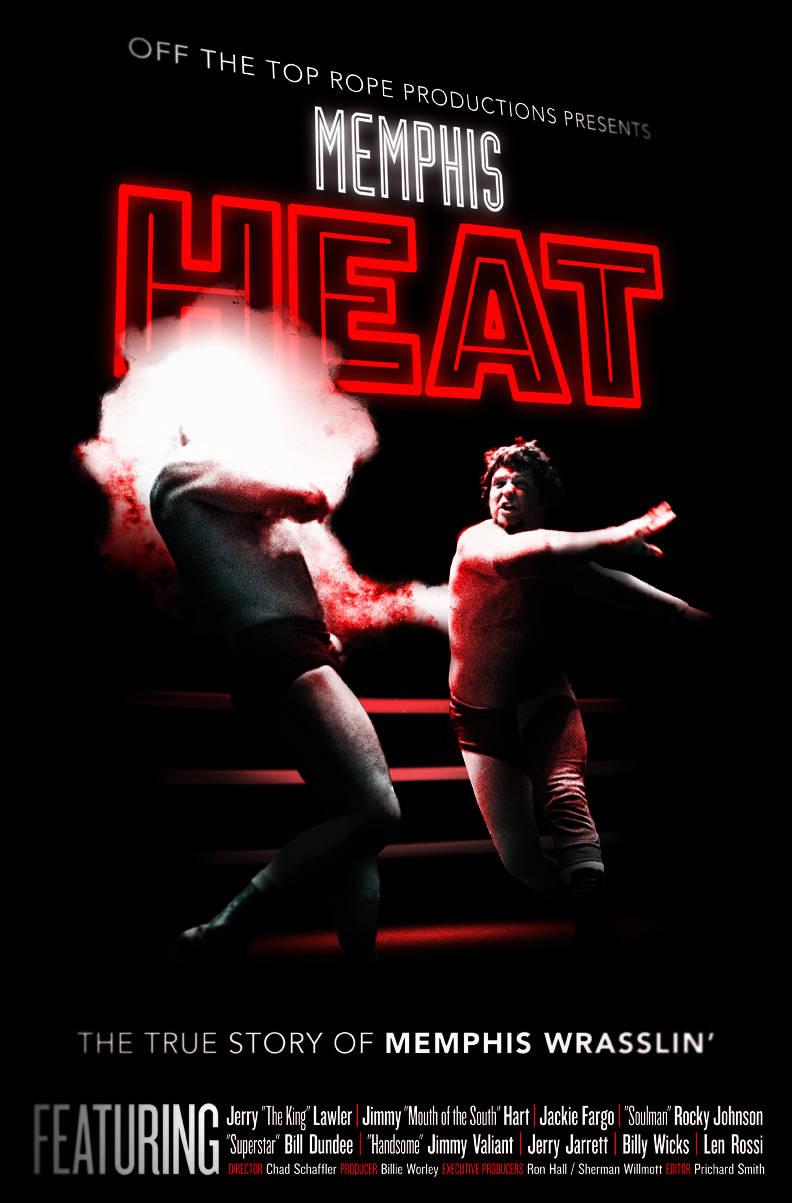 Local media is cordially invited to join us as we celebrate the blood-red LP-only release of the music featured in the award-winning Memphis Heat, America’s #1 family-friendly wrestling documentary.  The Soundtrack LP was produced by DOUG EASLEY (producer of Jeff Buckley, Sonic Youth, Pavement, Guided by Voices, Charlie Feathers), and all of the sounds on the soundtrack with one exception — “Black Knight” by the River City Tanlines —  were written, recorded, and produced in Memphis, Tennessee, for the film.

Memphis Heat: The True Story of Memphis Wrasslin’ documentary will have a two-show re-premiere Thursday, March 24th at Malco Paradiso Theater and a limited boutique run the following week at Malco Theaters discretion. Fans and friends of the film are welcome to come out March 24 to the re-premiere and meet stars of the film like Jerry Jarrett, one of the great minds in wrestling history and the owner of the wrestling company that features prominently in Memphis Heat.

The Memphis Heat Soundtrack will be available beginning Friday, March 25th, 2016 at finer music stores in the Memphis area, as well as online at shangrilaprojects.com.

“One of the best films of the genre!”
-ESPN/Grantland

“Memphis Heat is entertaining from the 1st bell to the last.”|
– John Beifuss, Commercial Appeal

“Anyone who enjoys campy shtick, outrageous personalities, and absurd theatrics–in other words, anyone worth knowing–should be heartily amused.”
– Nashville Scene

“Memphis Heat comes flying of the top turnbuckle and pins the story of this wild little world to the mat with style.”
– Arkansas Democrat-Gazette

“It’s the best, most entertaining pro wrestling documentary I have ever seen”
-Pro Wrestling Torch