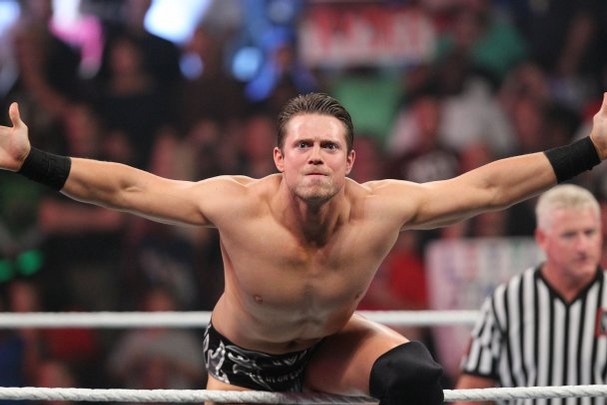 The Miz spoke with Philly.com to promote this weekend’s WWE event in Philadelphia, PA.

Here are some highlights of the interview:

Making it in WWE:

“I remember coming into the WWE and people saying, ‘you’re not going to last three months in the WWE. You’re going to be fired and you’ll be gone,’ and here I am eight years later still going strong and still having fun and living my dream. It just goes to show that hard work pays off. Those people that told me I wasn’t going to make it three months, now tell me, “You shocked me. You really did and you proved yourself,’ and now I gained the respect of hopefully everybody.”

Being a go-to guy for WWE to represent the company:

“That’s one of those things I really take pride in because I love the WWE so much. I think the product is so amazing. It’s such a great entertainment. It’s such a value that everyone should be able to share these kind of moments. I try to display that by doing every kind of radio, print, TV spot I can do. The way I look at it is grassroots. The only way people are going to get to know you is if you’re out there and any media is good media, so I’ll take it all so that everyone knows my name and someday it might pay off or it might not. But the fact is that I get to create relationships and talk to as many as possible about something I’m passionate about.”

“That’s the nature of business. In any business, people get fired and people get hired, so you just got to take it with a grain of salt and know that they’re talented enough as individuals that they’ll be able to do whatever they pursue after the WWE. Everyone would be doing it if it wasn’t tough, so absolutely it’s tough, but it’s something you have to do deal with and you have to go through and you just keep trucking along. I know those people that got released aren’t going to tell me, ‘Well, you should come with me.’ They’re going to be like, ‘Dude, go steal the show, go be as amazing as possible and I’m going to go do my thing and be as amazing as possible.’ I think that’s the mentality.”