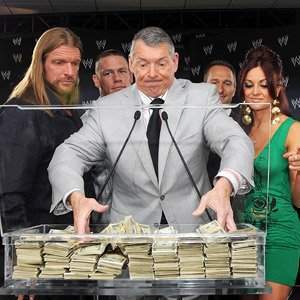 A COLUMN BY Pavitar Sidhu

One of the most entertaining heels of all time, Mr. McMahon, has retired.

First of all, Vince McMahon isn’t leaving WWE. He’s simply retiring his on screen heel character known as Mr. McMahon. It’s been around for 13 years now, and has been involved in some of the most entertaining feuds of all time.

I don’t see why Vince McMahon is doing this since he’s a better overall performer than a lot of the guys he’s got signed to his roster. Mr. McMahon character was one of the greatest heel characters in professional wrestling. Due to Vince’s passion, solid mic skills, and good in ring ability, he was able to elevate his character very far.

This character was created back in 1997 because of all the backstage Vince had following the popular “montreal screwjob”. He used the real-life hatred that the fans had for him and turned it into a very entertaining heel character. After this, Mr. McMahon got involved in a feud with Stone Cold, which helped Stone Cold extend his popularity even higher.

Vince McMahon will still make appearances on television every now and then, but he will no longer be portraying his character.

I don’t think he should retire just yet, he’s still very entertaining and there are a couple of more high-level feuds he could get involved in.