When MVP first arrived in WWE, it began to seem as if he was on his way to the main event scene. When he got placed in a highly entertaining feud with Matt Hardy, things only got better. However, Matt Hardy got injured in real life during the storyline, and MVP was put on hold. Even after Matt Hardy arrived back to Smackdown after recovering from the injury, the storyline between the two could never reach the height that it once had in the past. 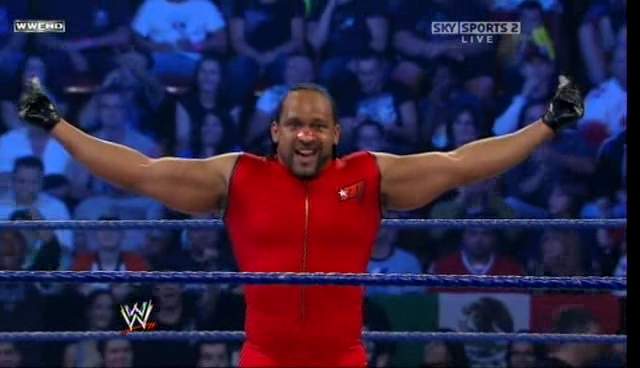 Soon afterwards, he was drafted to Raw, and things only went downhill from there. MVP got into trouble with management on Raw, and ever since, his credibility has been steadily dropping. Had he stayed on good terms with the writers, he would more than likely be in the main event scene now. A good replica of MVP is The Miz. The only difference between the two is that The Miz remained on good terms with management throughout his time in WWE, so he’s moving on to bigger and better things. The two are also at the same level in terms of mic skills and in ring-work. But because Miz behaved well with management, he now possesses way more credibility and relevancy than MVP. And will be soon headed to the main event scene.

It’s still not too late to resurrect MVP though. If management can get their head into the game, MVP might become relevant again. The first step would be to start placing him in meaningful feuds. Not just a match every now and then on Raw, a solid feud with a credible wrestler (someone who the audience cares about).

After seeing a lot of guys like Kofi Kingston, Christian, and Jack Swagger all moving to Smackdown this month, it would’ve made sense to throw MVP into that list. He’s on the same level as Swagger and Kofi. Kofi will probably be getting a chance in the main event scene soon on Smackdown after he gets developed a bit more. Same goes for Swagger. Christian needs a little less work than the two.  This would’ve been the perfect time to start re-developing MVP as well.

The current route that MVP is treading is a one way trip to a release from his contract. He gets used in absolutely no meaningful feuds on Raw and gets very little television time as well. Even though he has proven from time to time that he knows how to work a crowd and that he can handle the spotlight.

If MVP were to get back on good terms with management, then he can still be saved. But if he continues being used the way he is now, expect him to get released within the next couple of years.