Home / TNA / MVP out of the TNA Slammiversary main event

MVP out of the TNA Slammiversary main event 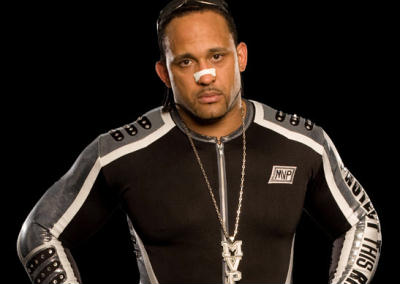 Just reported by Executive Vice President of Creative and Talent Relations John Gaburick, MVP has been declared medically unfit to compete. This obviously removes MVP from Sunday’s Slammiversary Pay-Per-View, where he was scheduled to compete against Eric Young inside of a steel cage for the TNA World Heavyweight Championship.

MVP, also the Director of Wrestling Operations at TNA Wrestling, is expected to announce a replacement opponent later today. Stay tuned to IMPACTWrestling.com for news as we get it.

Slammiversary is LIVE on Pay-Per-View from Dallas, TX on Sunday, June 15 at 8/7c.