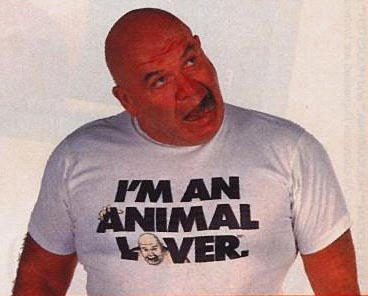 National Wrestling Superstars Huge Double-Shot Weekend 10/5-10/6 In Manville, NJ and Brick, NJ with Sunny, George “The Animal” Steele, Giant Silva & More
The summer sun may be fading and the temperatures cooling, but the fall skies will heat up like the hottest July day as National Wrestling Superstars officially starts their Fall & Winter tour with a double-shot weekend October 5th & 6th, with two mega shows in two of their most popular locations.

And on Saturday night October 6th, the cast and crew will journey down to the Garden State Parkway to the always-sold-out Jersey Shore wrestling hotspot (where tickets are so hot, the scalpers have begun hanging out as well), the Brick, NJ Elks Lodge, 2491 Hooper Avenue (only minutes from Route 70 and the Brick Plaza), with a 7:35pm bell time.

On both nights, NWS will have a full night of pro wrestling mayhem in store for faithful, including the likes of the original WWE diva Sunny, and the perennially hated WWE bad boy (now being just as bad all over NWS) Salvatore Sincere.

The fans will also be fortunate enough to witness the first ever area appearance of another WWE star & Hall Of Famer, none other than the green-tongued turnbuckle-chewing velcro-chested madman himself, George “The Animal” Steele. Steele will team up with and guide the reuniting of former TV favorites, the New Odd-It-Tees, consisting of former WWE super-superstar the 7’5″ monster Giant Silva, and his partner the 400+ pounds of the masked Goal-Duh, who will be dancing to the ring to delight of fans. And when Goal-Duh’s around, Cartman can’t be far away.

Tickets for these not-to-be-missed show are only $18 for adults and $16 for children and seniors, and can be ordered by phone at (732) 888-1704. All major credit cards are accepted, and group rates are available for groups of ten or more.

Keep reading this publication for further updates, as more exciting names and matches will be added in the coming weeks.

Visit NWS on the Web at www.nwswrestling.com.