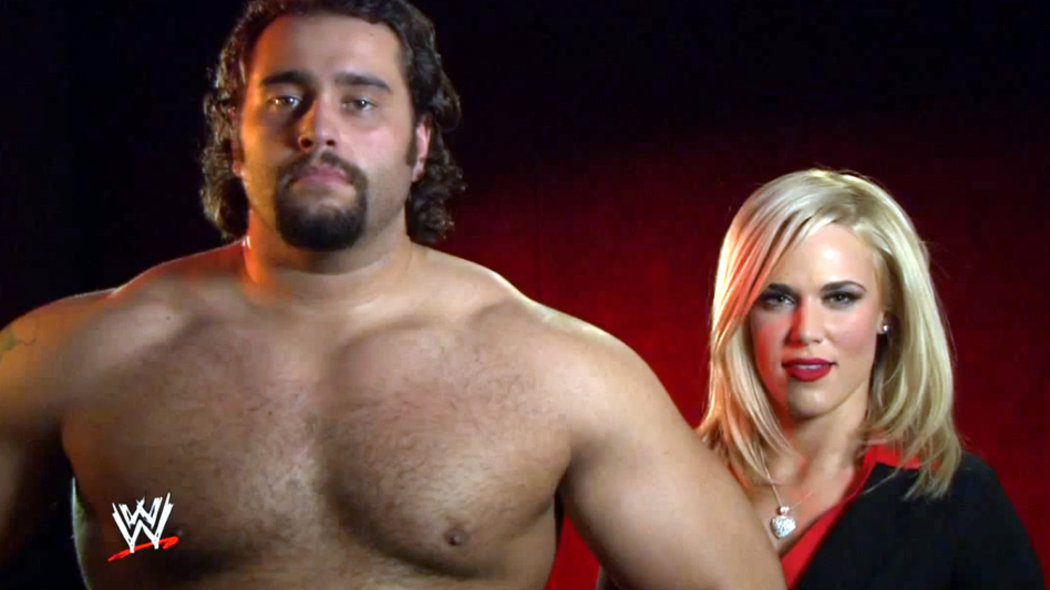 On tonight’s episode of Monday Night RAW, Rusev challenged current WWE United States champion Sheamus to a title match.  The two men squared off in the featured match of the evening, and in the end Rusev was able to defeat Sheamus to capture his first WWE championship.

Read the recap of the match below:

WWE United States champion Sheamus is out next as Rusev looks on from the ring. Lilian Garcia does formal ring introductions and here we go. They tangle and go to the corner. Rusev smiles. They lock back up and end up in the corner. Sheamus ends up hitting the forearms on the apron but Rusev blocks the second half. Sheamus with headbutts. Sheamus knocks Rusev off the apron. Sheamus goes for the battering ram off the apron but Rusev catches him and slams him on the floor. They come back in and Rusev keeps Sheamus down. Rusev ends up dropping Sheamus with a heel kick to the jaw. Rusev takes control and beats Sheamus up now. Sheamus finally catches Rusev with a big slam and they’re both down. They get up and trade blows in the middle of the ring. Sheamus staggers Rusev and knocks him to one knee. Rusev charges but Sheamus runs him over twice. Sheamus with a shoulder in the corner and a high knee. Sheamus with more offense. Sheamus gets dumped to the apron but nails the forearms to the chest again. Sheamus nails the Battering Ram for a close 2 count.

Sheamus goes to the top but Rusev throws him to the mat. Rusev with a big charge in the corner and a fallaway slam. Rusev covers for 2. Rusev stomps on the back and applies The Accolade. Sheamus fights the hold but Rusev re-applies it. Sheamus fights to his feet and breaks the hold. Sheamus nails White Noise for a 2 count. Fans chant “this is awesome” now. They slowly get up. Sheamus calls for a Brogue Kick but Rusev moves and Sheamus gets hung up on the top rope. Rusev nails a kick to the back of the head and another, sending Sheamus to the mat. Rusev stomps on the back and applies The Accolade for the win after Sheamus fought it but passed out in the hold.

– After the match, the Russian flag drops down and Rusev celebrates with his United States Title. Lana joins him as Sheamus tries to recover on the mat. The show ends with Rusev and Lana celebrating with their gold.