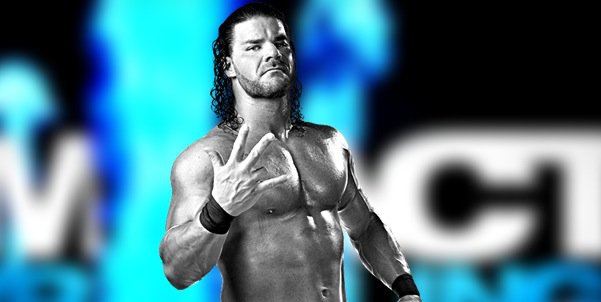 Bobby Roode defeated Bobby Lashley on this week’s episode of TNA Impact Wrestling to become the new TNA World Heavyweight Champion.  This is Roode’s second reign with the title.

Read the full recap below:

They tie up and jockey for position. Lashley backs Roode to the corner and tries a big right hand, but Roode ducks and shoves Lashley. Lashley measures him up for a few seconds, then goes behind and takes Roode down to the mat. Roode regains his base, but Lashley just powers him into the corner and rams a series of hard shoulderblocks into the lower ribs. Roode goes down in a heap and is in trouble very early in the match. Roode fires back and takes the champ down with a flying forearm and a clothesline. He tells Lashley to come on and waits for him to regain his vertical base. That looks to be a mistake because Lashley quickly snaps Roode over with a vertical suplex and measures him for a series of hard right hands to the skull. Roode ducks another clothesline and takes Lashley down into the crippler crossface, but Lashley is way too close to the ropes and easily grabs them to force a break. Lashley goes out to the floor and drags Roode out, but Roode hammers him with right hands and rams him into the barricade as we go to commercial.

We’re back from break and see a replay of Lashley hitting a nasty looking spinebuster during the break before Roode and Lashley trade blows in the middle of the ring. Roode boots Lashley in the face and comes off the second rope with a blockbuster for 2. Now Roode hits a spinebuster of his own for 2, but he charges Lashley and gets caught with another spinebuster for 2. Lashley waits for Roode to get to his feet and goes for the powerslam, but Roode slips out the back. Lashley goes for a clothesline, but Roode ducks and Lashley lays angle out instead. Lashley spears Roode and revives Angle, but the delay before making the cover leads to him only getting 2. Oh, now Lashley had him here! What a jip. Roode dodges a spear and Lashley again wipes Angle out. Roode dumps Lashley to the floor and goes out after him. Roode dodges yet another spear and Lashley KILLS a ringside security guy. Roode goes to give Lashley the Roode Bomb on the floor, changes his mind, and gives him to Roode Bomb on the entry ramp instead. Roode literally drags a motionless Lashley down the ramp and rolls him back inside to make a cover. Angle is still out so Brian Hebner rushes out to make a count and Lashley is out at 2. Okay, at least now we’re even. Call it a fall apiece. Lashley nails Roode in the ding ding and then grabs his belt from ringside, but Brian Hebner tells him to drop the belt. Lashley does what Hebner asks, then rips his head off with a clothesline and picks the belt up and knocks Roode out with it anyway. He yells at Angle to get up and makes a cover, and Angle slowly comes in and counts and Roode has his shoulder up at 2. 2-1, Lashley. Roode gets Lashley up for the Roode Bomb, Lashley holds the ropes and Roode tries to dump him to the floor again, but this time Lashley sees it coming and lands on the apron and snaps Roode’s neck down on the top rope. Lashley goes to the top, Roode goes for the Roode Bomb, Lashley slips out and goes for a sunset flip, and Roode drops down and cradles Lashley’s legs for the win.