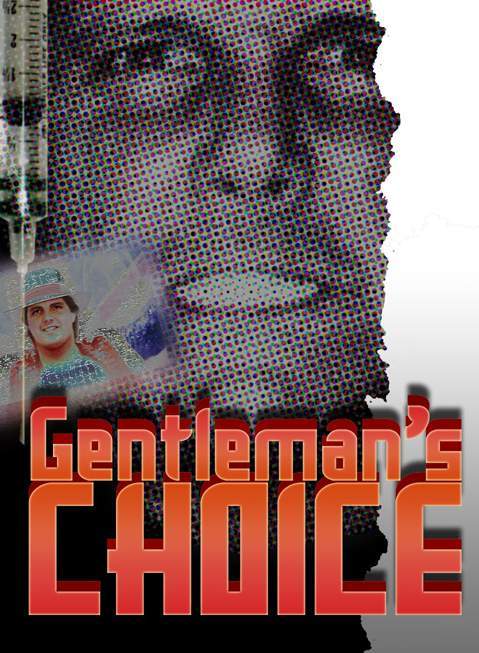 by W.D. Hatfield (Host of The Wrestling Hotseat)

Several months ago, in fact, almost a year ago, I had the pleasure of interviewing Mr. Mickey Grant, the former director and innovator of World Class Championship Wrestling’s highly successful and influential television program.

Mr. Grant had appeared to promote his ,at the time, new film “Gentleman’s Choice: The Chris Adams Story“. For myself, and several other people, the film was rated as a “must see” and in my opinion, is probably one of the most honest professional wrestling movies ever made. Mr. Grant has made many documentary films since he left the world of professional wrestling and has achieved a great deal of success in that film genre, with multiple films being shown in festivals, theatres, and even television channels like Home Box Office (HBO), BBC2 and PBS. Mickey considers “Gentleman’s Choice” to be not only one of his best films, but also the most personal film he has ever made.

What a lot of fans might not understand is that Mickey Grant became great friends with many of his WCCW contemporaries, including the late great Gary Hart, legendary wrestling announcer Bill Mercer, The Von Erich Family and in particularly Kevin, as well as, the man who the film is about, the late Gentleman Chris Adams. The film features one of the last interviews that Gary Hart ever participated in and in this interview, Mr. Hart gives his insight and thoughts in a very sentimental and caring way. It’s worth viewing if only for the segments with Gary Hart. Kevin Von Erich also is interviewed in the film and gives a completely honest and blunt look at Chris Adams. The film itself is really an insider’s view of how a man came to find success and stardom and how life, wrestling, and drugs, mixed to destroy that life, and perhaps even the legacy of a great professional wrestler. This film, in my opinion, is an attempt at understanding what happened, why it happened, and how it can be prevented and maybe that is the true legacy of Chris Adams.

BUT, despite the best of intentions at getting the word out, it seems that many fans might have overlooked this amazing film. Since the release of the film, I’ve had the pleasure of speaking with Mr. Grant several times and corresponding with him via emails. To sum up all those words in one, I can say that Mickey Grant displays “passion” for this film. Mickey (and I as well) believes that this is a film that should be seen by both wrestling fans and those performing in the industry. Unfortunately, that doesn’t seem to have happened the way we would have liked.

When the film was released, it was on a new video on demand platform, however, the platform was unable to have the user friendly navigation that it probably should’ve had. Through no fault of Mr. Grant’s (and the service provider honestly. They had a great system but it was very new and wasn’t easy to figure out) many fans were unable or unwilling to use the service. Completely understandable given the complexity and snafus of that platform. Also, the economy began to really hit rock bottom around that time period and that was also a factor. Given Mr. Grant’s previous success with documentary films, it seemed a shoe in that it would get picked up in the same manner that all his other films had, however, once the words “Professional Wrestling” were mentioned the project was given no further consideration. Now, as a wrestling fan, who also considers myself cultured, I found this to be offensive, and I’m sure many other wrestling fans don’t like that “wrestling” is considered a dirty word. Maybe it’s a little streak of vengeance or one up manship in me that would like to show the people who passed on the film how wrong they were, and that wrestling fans don’t need the mainstream press in order for “OUR” projects to be successful. I personally feel that our community of wrestling fans can really make this film into the success that it could be, and should be.

So Mickey went back to the drawing board and has unveiled a great new way for you to either view the film or to own the film. At a cost less that a value meal, you can own, in my estimations, one of the greatest wrestling documentaries ever made. And furthermore, one that was made by someone who was there, not just some supposed insider, but a person’s who contributions are still felt and seen every day of the week on every wrestling show seen worldwide. It features wrestlers, managers, the staff of World Class Championship Wrestling, the family and also the people involved in what happened in this tragic event.

If you enjoyed any of the World Class documentaries, or were a fan of Texas wrestling, WCCW, or Gentleman Chris Adams, then you’ve got to see this movie.

Mickey Grant has joined up with Amazon.com to offer three ways for the fans to check out this film. As we know, Amazon is a very popular, secure, and easy to use website. You have THREE ways to watch the film:

1. You can view a streaming online version for only $2.99 (TWO DOLLARS AND NINETY-NINE CENTS!!) This version you can watch as often as you like for one week. The link is:

2. You can OWN a downloadable version for just $4.99 (FOUR DOLLARS AND NINETY-NINE CENTS!!) This is less than almost any wrestling DVD you’ll find out there! This is also available from Amazon at this link:

3. You can order your very own DVD of Gentleman’s Choice: The Chris Adams story for the low price of $17.99, still less than most DVDs. Also, available from Amazon. So you know how easy it is to order and how secure it is, The link is:

I really hope that the wreslting community will check out this film and embrace it in the same way that we did films like The Wrestler, Wrestling With Shadows, and Beyond The Mat. Even Darren Aronofsky (director of the Wrestler) was “blown away” by Gentleman’s Choice and even discussed the similarities with Mickey Grant between the two films. You owe it to yourself to check it out and allow this film and it’s message to live, in a way that, unfortunately, Gentleman Chris Adams was unable to.

Thanks for your time,

Host of The Wrestling Hotseat