Hello everyone. As mentioned on this week’s show (sunsetflipwrestling.podomatic.com), this column is going to be dedicated to the goings on of Total Nonstop Action Wrestling. So, during this column, I will go over different topics regarding TNA Wrestling.

Rob Van Dam Stripped of World Title
I was not happy about this at all. Apparently, Rob Van Dam was only signed for a certain amount of dates and that is why this had happened. My response is that TNA management should have planned this better. I am not a supporter of signing people for “x” amount of dates. If you knew RVD was going to run with your title, I think management should have signed him for a year. I am never a fan of a wrestling promotion just vacating their title, all it takes is three seconds to do the right thing.

World Title Tournament
The result of Rob Van Dam being stripped of the title is a tournament for the vacated title. The first round mathces are done and the semifinals will be fought at No Surrender PPV, I believe the finals will be at TNA’s big show Bound For Glory. The semifinal matches are: Jeff Hardy vs Kurt Angle and Mr. Anderson vs The Pope. We can scrap Jeff Hardy’s name off the list. Kurt Angle has been doing a storyline where he states if he loses he will be retiring. I do not think Kurt Angle will be “retiring” on a semifinal “B” pay per view. So we look at Mr. Anderson vs The Pope. I can see both men winning but I will give the nod to Mr. Anderson. Anderson and Angle were feuding earlier in the year and I think TNA will continue that feud going into their biggest show of the year.

Angelina Love and Velvet Sky Back Together
TNA was leading to it, and Thursday they made it official. The original Beautiful People are back. The two women that made a gimmick that WWE stole with their version called “Laycool”. However, there is a major difference this time. This time, Love and Sky are “good girls” battling Madison Rayne and the mystery biker woman, whom many believe (myself included) is Tara. I am looking forward to this feud and to see Anglina and Velvet doing some backstage segments in the future.

Becky Bayless and Rob Eckos To Get Jersey Shore Gimmicks
I did talk about this on the show. I am so excited about this idea. It is a smart move since Jersey Shore the TV show is such a ratings hit. I do not know what to expect but I am excited about it and there is not many thing in pro wrestling that get me excited these days. Good luck with the gimmicks and I hope they work out for these two.

The Rise of Fortune
Someone put out a Fortune shirt! After this week, Fortune has become one of my favorite things in all pro wrestling. The formation of the group was well executed and this week they jumped Kevin Nash, Sting, Hulk Hogan, and Jeff Jarrett. When those four were about to fight, I was thinking “this is going to be stupid” and then Fortune saves the day and beats up all of them. Very cool! If the shirt looks good I may get it, providing that it does not have a stupid design. 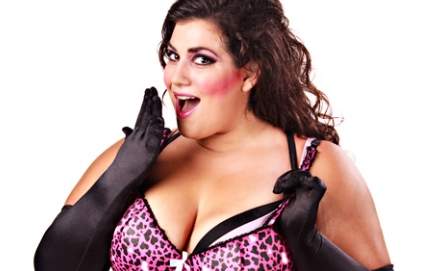 Homicide and Rosie Lottalove Released
Let’s face it. With exception to her family and close friends, no one will miss Rosie on television. So let’s get right to Homicide. He has been wanting out for awhile. He got his wish. What’s his next move? Most people say ROH, but there is a part of me that thinks he will wind up in the Lucha Libre promotion. We will have to see what happens.

Check out the latest show at sunsetflipwrestling.podomatic.com

This week we save you four hours of your life by going over the spoilers for WWE next week so you don’t have to watch and we debut the new Raw theme song.