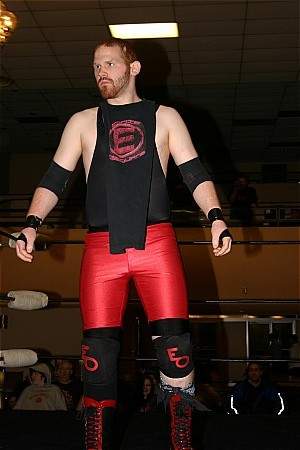 NSW Civil War Six Man Tag for the Cruiserweight Championship
Josh Alexander, Rip Impact & Sebastian Suave
def.
The Davenport Dynasty (Josh Taylor, Kris White & Mike Rawlings)
**Taylor and Davenport put their NSW careers on the line if the Dynasty failed to win the match. Alexander pinned Taylor, not only winning the cruiserweight championship, but allowing the fans to actively sing a farewell to Taylor and the much despised Kyle Davenport**

Logan Savage def. The Amazing Darkstone
**Timothy Dalton made a shocking return by attacking Darkstone while the ref was down, aiding in Savage getting the win. He then expressed his anger towards NSW management and fans**

Also, NSW fans were introduced to the startling new Commissioner…St. Stephen Elias, along with his new personal secretary and bodyguard Jules.