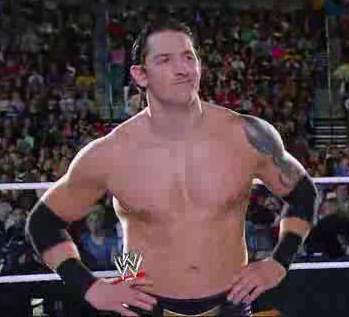 A huge wrench has been thrown into the storyline with Wade Barrett not having a visa. Barrett, the leader of the Nexus group, will now be off TV for an unknown period of time. Some say he may be back as early as next week and others think he will not be back for another couple of months. I do not know the procedure of for visas so I am not even going to give possibilities.

Based on the remaining members of the Nexus group, let’s see who has the best chance to become the new “leader” of the group.

David Otunga: From a storyline standpoint David Otunga should be the new leader since he is the runner of NXT season 1. I think he is decent on the microphone and of course he’s married to Jennifer Hudson, which means the world to WWE management. I can see him easily slip into the role of new leader of the group.

Heath Slater: My least favorite of the group. However, he did have a pretty good win loss record. I could actually see him in the leadership role.

Justin Gabriel: Some may say he is the most talented of the group. I’m not sure if I agree with that but regardless I have trouble seeing him as the leader of the group.

Skip Sheffield: Here is someone that may be the least likely to become the leader of the Nexus group. Although he seems like he can be the strength of the group, leadership is not in his future. Or at least I should hope not.
Michael Tarver: If there is one person other than Skip Sheffield, that fits the leadership role less it has to be Michael Tarver. To be honest, I am still surprised he still has a job with WWE at all. To me, he brings nothing to the table and if he was put in the leadership role, it would be terrible.

Darren Young: Some call him “black Cena” and while I admit he does look like Cena, I feel sorry for him. I feel sorry for him because of his looks, he will probably not get passed the thought of that stigma. However, for a storyline standpoint, it may be a great idea to make him the leader because he would feel the need to prove himself to everyone, including his own Nexus allies.

We will have to see in time, how the WWE handles everything since we are not sure when Barrett will be returning. For all we know, there may not even be a leader at all at this point. We will have to wait and see.

Listen to the latest episode of Sunset flip Wrestling Show at sunsetflipwrestling.podomatic.com which features “Hart Watch 2010”, The Adventures of Jack Swagger, and the Raw Report which is being report from THE PUMPKIN PATCH!

Related Items
← Previous Story Paul Roma shoots on Ricky Steamboat
Next Story → AS I SEE IT: The 4th of July Special