NWA Upstate “The Indytational” on 9/29 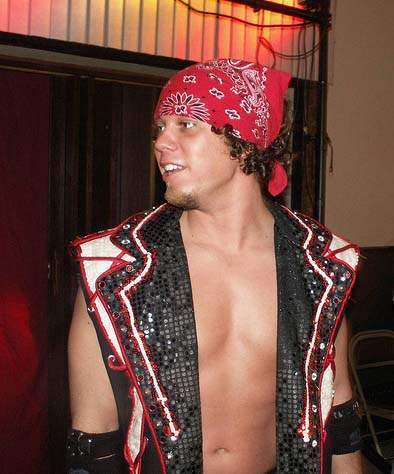 “The Indytational” – a one night singles tournament consisting of 6 men, with the winner getting an open contract to sign himself in any match he wants, whenever he wants. This tournament will have a very unique structure as the first round will be only two singles matches, decided by a random draw. This leaves 2 men with an automatic by to the second round where they will face winners of round 1. The winners of that match will then face off to decide the winner of the tournament.

**Also for any true wrestling collector there will be a huge set up of wrestling action figures including WWE, WCW, TNA and any other popular collectibles. Karen’s Toy Box(Rochester NY) will also be providing vintage wrestling magazines, ring memorabilia and hundreds AND HUNDREDS of action figures both loose and mint for the fans.

And former ECW Tag Team Champion, former WWE superstar, & former NWA Upstate World Champion, “Dangerous” Danny Doring
This tournament will have a very unique structure as the first round will be only two singles matches, decided by a random draw. This leaves 2 men with an automatic bye into the second round where they will face the winners from round 1. The winners of those matches will then face off in the finals to decide the winner of the tournament, with the winner getting an open contract to sign himself in any match he wants, whenever he wants. With the array of talent and so much at stake, The Indytational may just live up AND exceed the action and standard that was set by the Upstate 8.
Plus in other action:

After his monstrous return at Continuing The Tradition in June, Jon Bolen is the new Kayfabe Dojo Champion. But JP Black is using his rematch clause to get another shot at the title he still feels belongs to him. But one of Black’s old archrivals has entered into the fray in tag team specialist and one-half of the Outcast Killaz, Oman Tortuga. Tortuga a former Upstate tag team champion, would love nothing more than to win the title AND hurt the “Dark Pony” in the process.
Street Fight
BigCat Lemmer VS Triple X. If Triple X loses, he will permanently give up the services of Momma BigCat Lemmer that he won a few months back. BigCat is fighting for his mother’s honor…this is a fight you know he’ll put it all out there on the line for!
Special attraction 4 corners No Limits Title Match
Cheech (c) vs. Super Extremo vs. Colin Olsen vs. Gabe Saint

And even though it isn’t the Upstate 8, there will still be the Rochester Rumble. 25 men will enter the ring, but only 1 will be the winner. The winner gets to pick what title he OR she will go after!
Be there next Saturday, September 29th when NWA Upstate FINALLY returns to action at the Minett Hall in Henrietta, New York for the first ever Indytational Tournament and check out the official Upstate website at www.nwaupny.com for news and updates, including a preview of the six men that will be competing in the Indytational Tournament.