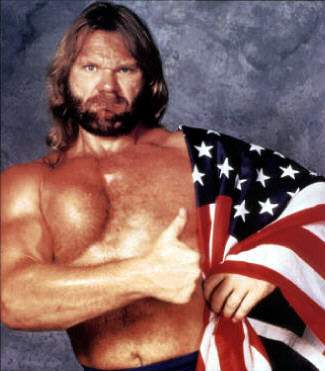 National Wrestling Superstars made its annual return to the Bloomfield, NJ High School Gym, where NWS has staged some of its biggest shows ever. And like previous years, NWS being in town brought out all the fans, with a crowd easily more than 600 packing the gym to see some hot pro wrestling action.

In a pre-show “dark match” between Women Superstars Uncensored (WSU) stars, Brittney Savage defeated newcomer Divina Fly. The feisty rookie took the fight to Brittney, but the veteran won out in the end, hitting Divina with an RKO and pinning her 1-2-3.

NWS Cruiserweight Champion Jumping Joey Janella retained his title in a triple-threat match against former champions “Mr. Entertainment” J.D. Smoothie and Mighty Mikey Pacifica. Pacifica was returning to action after being out with a neck injury, and showed no ring rust at all, as all three high-fliers kept up a fast and furious pace inside and outside the ring, and kept the fans on the edge of their seats. In the end, Janella caught Pacifica in a Michinoku Driver and held him down for the three-count.
Before the next match, The Cold-Hearted Playas (Danny Demanto & Vicious Vinny) came to the ring along with the WWE’s original diva Sunny and Gigalo Joe Jones. This was Vinny’s first area appearance since he turned his back on the fans and allied himself with his former rival Demanto, and his hometown crowd certainly told him how they felt. Danny and Vinny said that despite NWS attempting to derail them by bringing in former WWE & ECW star Nunzio and Dan Maff, they would be victorious.

2010 J-Cup Tag-Team Tournament Champions The Nigerian Nightmares (with manager Voodoo Princess Sheeta) crushed “The White Urkel” B. Fehrm & The Illegal Outer Space Alien. While The Alien and Fehrm had courage, they had no power against The Nightmares. Fehrm was flattened by an overhead slam from the top rope (which from a 400+ pound wrestler is impressive all by itself) followed by a Tower of Doom Superplex by The Nightmares, which led to an easy and merciful three-count.

The Cold-Hearted Playas (Danny Demanto & Vicious Vinny, with managers the original WWE diva Sunny and Gigalo Joe Jones) defeated former WWE and ECW star Nunzio & Dan Maff. After insulting the crowd some more, including members of the Bloomfield Police who were in attendance, this match was an out-and-out brawl. Demanto and Vinny kept Nunzio in their corner for several minutes, but Nunzio was able to escape and tag in his Jersey All-Pro tough guy partner who cleaned house, and flattened both Demanto and Vinny in the corner with a Maff Roll. After Nunzio flattened Demanto with a Sicilian Slice, it looked as if he and Maff would come away victorious, but Vinny broke up the count and threw Maff out of the ring, then delivered a superlex to Nunzio followed by a flying splash from Demanto, who covered Nunzio for the three-count.

The Ten-Man Battle Royal featuring the Bloomfield Police and Fire departments and The Cold-Hearted Playas (Danny Demanto & Vicious Vinny) quickly turned into Demanto & Vinny versus everyone else. At first Demanto and Vinny managed to eliminate most of the opposition and it looked like they would be victorious, but the Police fielded a late 300+ pound competitor who took down both Demanto and Vinny with a double Stone Cold Stunner, then threw them both out of the ring, and celebrated their victory to the delight of the crowd.

In the first of two main event matches, WWE legend “Hacksaw” Jim Duggan defeated former WWE developmental protege “Too Cocky” Kevin Matthews (with manager Gigalo Joe Jones). Despite Matthews and Jones trying to pull out every trick in the book, Duggan was still the better “tough guy”. Jones tried to hold Duggan against the ropes for Matthews to clobber, but Duggan ducked and Matthews took out his manager instead. Duggan then leveled Matthews with his running tackle, and pinned him 1-2-3.
In the second main event match, a Money-In-The-Bank Ladders-Tables-and-Chairs Match, Devon Moore was victorious against NWS Junior Heavyweight Champion “The Love Machine” Nicky Oceans, Jersey Shore Champion “G.Q.” Myke Quest, and Tag-Team Champion Corvis Fear. The action was literally all over the gym, as wrestlers, chairs, and ladders flew everywhere. Towards the end of the match, with the action all back in the ring, Moore moonsaulted himself onto Fear and smashed him through a pair of chairs. Quest hit a chair-first avalanche on Oceans in the corner and Moore followed it up with a Van-Terminator-style flying dropkick on Oceans. Quest hit Moore with a double-underhook suplex. Fear then took out Quest with a chair shot to the gut and a double underhook suplex of his own, and Oceans followed it up by piledriving Quest onto a chair. Oceans then tried to take out Fear with a hurricanrana, but Fear reversed it and tossed Oceans on top of a table, then hit a flying splash on Oceans from the top rope, smashing him through the table. Quest then took out Fear with a back suplex into one of the ladders in the opposite corner, then he and Moore attempted to climb the other ladder to retrieve the money in the bank briefcase. As they both reached the top of the ladder, Moore was able to knock Quest off balance long enough to retrieve the briefcase, winning the match and earning him an NWS match of his choice anytime in the next twelve months.