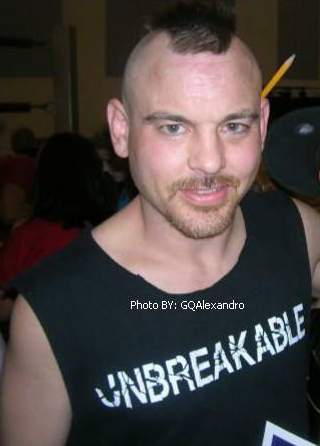 For the second time in as many months, National Wrestling Superstars crossed the borders into Connecticut, this time on Saturday night, March 19th at the East Hartford Middle School Gym and word is growing about the popularity of NWS because the bleachers were packed with fans craving the return of real pro wrestling action to their area.

Match #1
NWS Cruiserweight champion Jumpin Joey Janela was accompanied to ringside by his manager of the evening, former champ J.D. Smoothie, who has vowed that he will be the one to defeat Janela and that until they meet, he has and will watch his back. Janela’s opponent on this evening was another former cruise3rweight champion and that was Mikey Pacifica.  Pacifica looked primed to take back the title but with Smoothie on the outside, it was clearly not going to be his night as Janela scored the 1-2-3.  After the bout, Smoothie, attacked Pacifica until Matt Hyson (aka Matt Dudley) made the save which set up for…

Match #2
Matt Hyson (aka Spike), after seeing the nonsense by Smoothie told NWS officials that if he did not get the match against Smoothie right then and there, he was walking out of the building and there would be no main event. After consulting with NWS Commissioner Gino Moore, ring announcer Dapper Johnny Falco told Spike ok and that match was on. Smoothie was prepared and looked like he might put the former ECW/WWE star through the door but Spike, who earned his reputation as a hardcore icon put Smoothie through for the win.

Match #3
The Soul Assassin took on Delaware’s B. Fehrrm. We say took on because the Assassinn had no regard for the rules and used every trick he could find (along with some weapons and even Fehrm’s suspenders to wear his opponent down. After nearly 10 minutes, the Assassin kept kicking Fehrm in the head until he was unconscious. The referee had no choice but to stop the match due to the fact that Fehrm was unable to continue.

Match #4
The 4th bout of the evening was the first of two tag team matches, this on putting Indian Chief Draven and the Famous TV Clown against NWS heavyweight champ Corey Havoc and Jack Spade.. Spade and Havoc were accompanied to ringside by The Cold Hearted Player Danny Demanto who made life difficult behind the referee’s back but at the end, the Clown and Draven were victorious. After the match, Demanto, Havoc and Spade started beating on the Clown and were soon joined by JD Smoothie and Joey Janella but former WWE star Samu charged and cleared the ring

Main event (Match #5)
This was another tag team event pitting Danny Demanto and Damian Demarco against Headshrinker Samu and WSU Spirit champion Brittney Savage.  Demanto and Demarco kept Savage in the ring for most of the match (and she got some strong offense in against both wrestlers despite their sizes) and was able to make tags to Samu, but the referee didn’t notice them and kept sending Samu out of the ring. After 15 minutes of action, Savage caught Demanto in a Spirit Stunner (somewhat like the Cold Stone Stunner) for the win.

NWS takes a well deserved weekend off before coming back with a double shot on April 2 (in Neptune NJ) and April 3 (in Kearny, NJ). Visit the NWS website www.nwswrestling.com for details and to sign up for the mailing list to get you updated on all NWS action. TIckets to all NWS events are available by calling 732-888-1704