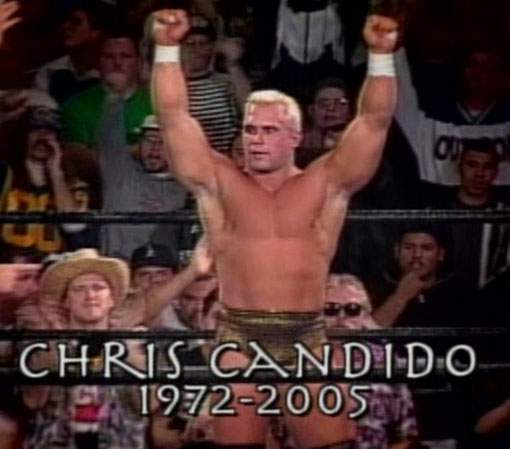 Friday night May 14th, NWS held its biggest show of the year, the 2010 Chris Candido Memorial J-Cup Tournament, at the Kenilworth, NJ Veterans Center. A capacity crowd, including standing-room-only fans, filled the hall to see twelve of the circuit’s best cruiserweight, middleweight, and junior heavyweights. And they were certainly not disappointed, as this was one of the wildest J-Cup Tournaments ever, and they didn’t even notice the lack of air conditioning and the hot weather outside, as the action in the ring was even hotter.

The night began with all twelve J-Cup participants surrounding the ring and paying tribute to the late great Chris Candido.

The rules were explained to the fans: In the first round, twelve wrestlers would compete in four triple-threat matches, with the four winners going on to compete in two one-on-one semifinal matches, followed by the final match. In the first and second rounds, the matches would have a ten-minute time limit, with a five-minute sudden death overtime if there was no winner after ten minutes, and if no winner after the five-minute overtime, the fans would choose the winner. The final match would have a twenty-minute time-limit, with repeated five-minute overtime periods until there was a winner.

In the First Round: