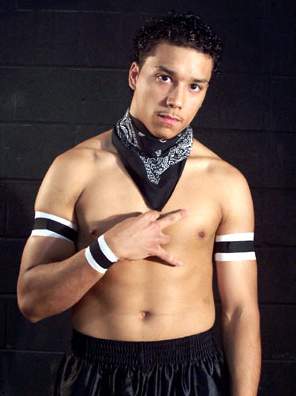 The New York Wrestling Connection, is LIVE, Saturday, August 25, as the NYWC returns to Deer Park and presents Point of No Return!Â  The venue is:

Tickets are priced as follows, and are available right here at NYWCwrestling.com or at the door on the night of the event:

In one of the night’s featured matches, Maverick & Plazma will defend their newly won titles against the very duo they defeated to claim the belts in the first place. The Angus Brothers, who were the second team eliminated in last month’s title match, will have first crack at a rematch, and will no doubt be a tremendous challenge for the new champs. Danny and Billy have made remarkable strides as a tag team, and their alliance with Prince Charles, Mega, Francois Lynn and Ahmad Akbar only makes them that much more formidable. With the Foreign Legion at ringside and the Angus Brothers thirsting for revenge, can Maverick & Plazma possibly will themselves to victory once again?

The NYWC HI-FI Championship will be on the line, when Javi-Air takes on first-time HI-FI challenger and collar-poppin’ sensation, “Yours Truly” Alex Reynolds. Javi has proven time and time again that he is the real deal in the HI-FI division, and the odds seem to be in his favor against the rookie Reynolds. The X factor, of course, is Dan Barry, Reynolds’ tag team partner, who will no doubt make his presence known at ringside. Javi-Air will have to pull out all the stops if he hopes to retain his belt, and with Reynolds seeking the spotlight and Barry shifting the scales, this might prove to be a much tougher challenge than expected!

Though nobody would be surprised to see Dan Barry at ringside during the HI-FI title match, he is also scheduled for sanctioned in-ring action against another HI-FI contender, the up-and-coming Benny Martinez. Since his tag team partnership with Bruno Marciano dissolved, Benny has been making his mark in the singles arena, and what better way to prove yourself than by taking on a seasoned NYWC veteran? But Dan Barry has seen it all in the NYWC, from submission bouts to the Psycho Circus, so if Martinez hopes to take him down, he will need to bring his “A” game for sure!

“Big Time” Tony Burma, fresh off his victory over former tag team partner Mike Spinelli, will be in action as he takes on Bruno Marciano one-on-one. Now that he has pledged his allegiance to “Mr. Entertainment” Vitko and his cohorts, Burma is primed to take a shot at gold once again, but his road must first go through Marciano. But Bruno is no mere bump in Burma’s path… he is vying for contender status himself, and he hopes to bring Big Time’s train to a grinding halt!
* Additional matches to be announced.Â  Card subject to change. *
Â