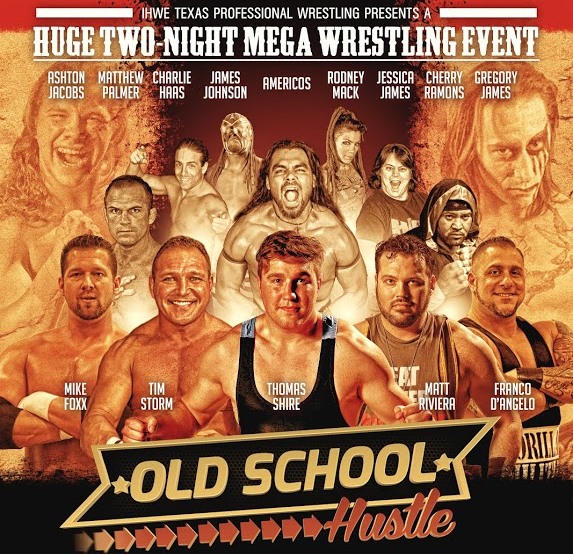 On Friday June 5th The IHWE Promotion out of Fort Worth, Texas will kick off it’s annual event that brings the Old School & New School together. Old School Hustle has become tradition in Texas along with the Southern Wrestling Hall of Fame.

This year IHWE is welcomed in Crowley, Texas a community south of the Dallas/Fort Worth Metroplex, CAC Lifetime Member & Founder of IHWE David Fuller is a graduate of North Crowley High School. On Fri June 5th Crowley welcomes IHWE into the Chamber of Commerce with a Ribbon Cutting Ceremony and then IHWE Stars will host an Anti Bullying Rally for the kids of the community.

That evening the stars scheduled to perform include:

Sunday Night June 7th IHWE Returns with a 2nd night of Action
On this night IHWE will see the debut of NXT Alumni & Pro Wrestling NOAH Star Brian Breaker
Rodney Mack returns to the Ring
Americos will be in action
Plus: The Hall of Fame will honor Tim Storm who will be inducted by Matt Riviera, Oklahoma Legend Steve Cox, Longtime Texas Veteran Bullman Downs, And Legendary Wrestler Dr Death Steve Williams, Who’s Wife & Son will be on hand to accept the honor

Anyone wanting Tickets to this monumental weekend can get them at IHWENow.com.