Omega Phoenix retains his title at “Autumn to Ashes” 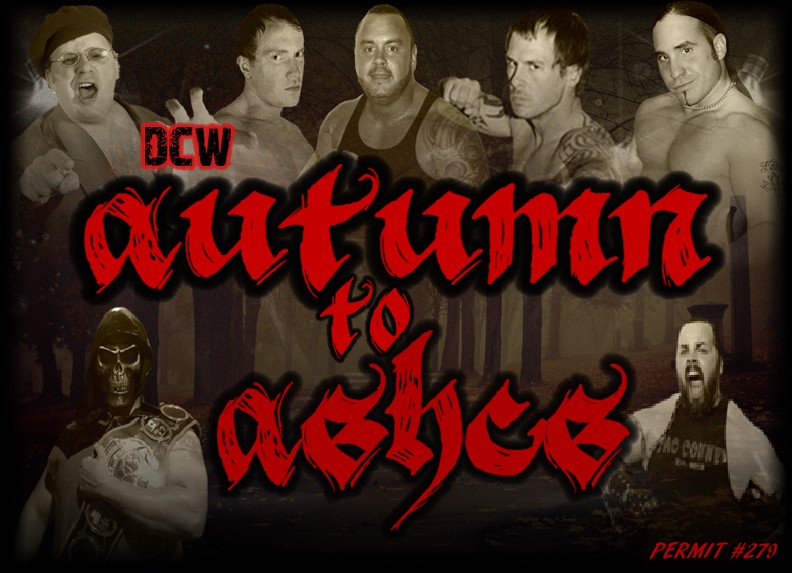 Tonight in Felton, DE, Dynamite Championship Wrestling presented “Autumn to Ashes”, a fantastic wrestling show that featured GIGANTIC title defense for Omega Phoenix, the DCW heavyweight champion.  Phoenix answered the challenge of Zac “The Ripper” Conner and the two big men battled all over the Delaware Auto Exchange.  In the end Phoenix used a cloth soaked with a mysterious liquid to render Conner unconscious as the referee counted 1-2-3.   Conner eventually regained his faculties and was so incensed by the result of the match he challenged Omega Phoenix to a Casket Match on DCW’s next show!

In addition, the ECWA heavyweight champion Saigon successfully defended his title in a triple threat match against Ryan “The King” McBride and “Young Lion” Alexander James.  It marked the first ECWA title match ever in a DCW ring!