Oscar, Justin LaBar, and Sherwin Xel stop by Under the Mat Radio to remember King Mabel 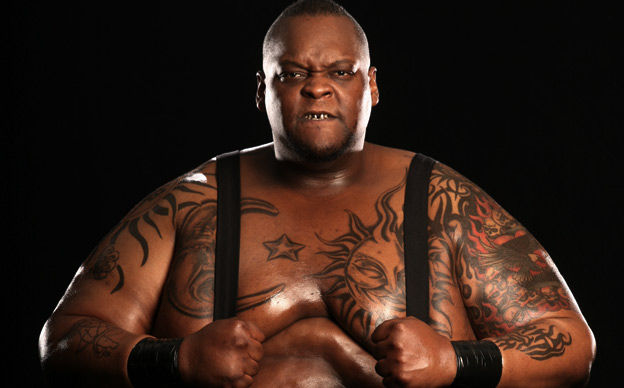 Oscar (From Men on a Mission) as well as Justin LaBar from Wrestlezone.com and Comedian Sherwin Xel stopped by Under the Mat Radio to discuss their feelings and memories of the late great Nelson Frazier A.K.A Big Daddy V or King Mabel. This was a special episode called “Remembering the King” dedicated to him in his honor and other topics were discussed as well. You can listen to the full interview below; here are some of the highlights:

Oscar on when he found out about Nelson Frazier’s passing:  “When the call came in and it was like…Nelson died, I mean I had no words, I was in shock. I woke my wife up to tell her and she thought she was dreaming. You know when people say it’s like your life flash before your eyes; you know our history flashed before my eyes…and it hit me real hard and all I could do was cry like a baby”

Justin LaBar on his memories of meeting Nelson Frazier:  “One of the first guys I meet to make a lasting impression was well he was Mabel at the time. It was ’97 he was working at an independent show. The locker room was full of guys that would’ve been signed with the WWE or WCW at the time…it was huge locker room the guy that got my attention the most as a 10 year old kid was Mabel. Looking across I’m nervous and hesitant to go up and say something as a kid. I finally went up and said hi as a kid. He was really cool and chit chat with me then he got me to open up a little more. He asked if I wanted to hang out with him…I’m giving my impressions of what I interpret of wrestling and he could tell that I had more of an experienced outlook on wrestling then maybe most ten year olds might. He even made note to that of how knowledgeable I was as a kid and that was pretty cool to hear that come from someone like that. ”

Sherwin Xel on meeting Randy Savage and what he said about his impression of his voice: “When I used to do security work I heard that Savage was going to be at one of the FYE store selling his rap album. I was going to get in trouble but I didn’t care I was going to go back in late. I waited in line, waited in line, and waited in line and I finally got to go in. The guy in front of me was doing his (Randy Savage) voice and my thing is if you going to do an impression it right. I walk to Randy and say Hey that kid did your voice pretty good BUT DO IT A LOT BETTER YEAH(doing Savage voice was saying it)! Savage looks at me and looks back at Crush (Brian Adams) and says YOU KNOW I’VE HEARD A LOT OF PEOPLE DO MY VOICE BUT DAMN YOU GOT IT! ”

Also discussed is Oscar’s first meeting with King Mabel, How Mabel got his name from Vince, and much more in this exclusive 120-minute interview on Under the Mat Radio.

Related ItemsBig Daddy Vking mabelUnder the Mat
← Previous Story Bret Hart talks about his health in this interesting interview
Next Story → WWE.com presents: Every Tombstone Ever