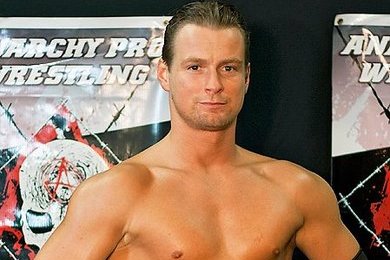 Welcome to OWW Radio! Each week hosts David (@dlb19338) and Alex (@AlexGoff84) will provide perspective to the WWE, TNA, and everything else making news in the world of professional wrestling.   A new episode will be posted each week. This week David is joined by former WWE star Zach Gowen. Zach joins the show to talk about his new documentary “Finding Zach Gowen” which explores his journey to overcome physical limitations and substance abuse. David and Zach look back at this amazing story in this excellent interview.

The documentary chronicles the story of former World Wrestling Entertainment (WWE) wrestler, Zach Gowen. Through interviews with Gowen, his family, and friends, the documentary outlines the loss of his leg as a child and his training at the House of Truth with professional wrestler, Truth Martini. It also takes a look at his chronicled rise to the WWE, subsequent fall to drug addiction, and recent road through recovery.

The documentary is available via DVD and digital download. For more information, visit www.sorgatronmedia.com.

Listen to past episodes of OWW Radio here: