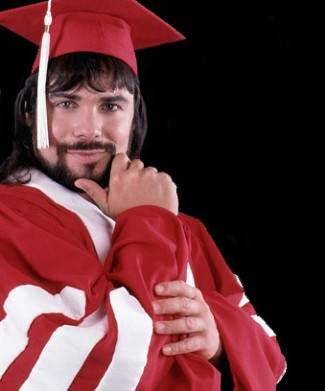 If you missed the Tuesday January 11th edition of the Online World of Wrestling Radio with host Alan Wojcik and contributors Kevin K. Scott of the Under the Ring, Wrestle Talk Radio/Otaku Talk Radio’s Spug & Mase, here are the highlights:

“WrestleMania Memories” continued this week on the show. For the younger folks tuning in, Alan recapped the three city hosted WrestleMania 2 PPV event. Our 100% free to the listeners’ interview was with former WWF superstar “the Genius” Lanny Poffo who told stories of growing up in the wrestling business, running the ICW promotion with his dad Angelo and brother Randy, memories of working in the WWF of the 1980’s, managing “Mr. Perfect” Curt Hennig, working with Hulk Hogan, his views on Vince McMahon Jr. and what he does today in helping keep children smoke free with an anti-cigarette campaign via poetry. Catch up with Mr. Poffo on his personal website, www.geniuslannypoffo.com

NorthEast Wrestling owner/promoter Michael O Brien joined the show to talk about this weekend’s Wrestle Fest 15 event in Poughkeepsie, NY. Mr. O’Brien gave his unique view as a promoter on last weekend’s incident at a show in the Midwest. Log onto www.northeastwrestling.com for ticket information and the entire show lineup that features MVP, Matt Hardy, Tommy Dreamer, Sgt. Slaughter, Jerry “the King Lawler and Sabu among others.

***Kevin K. Scott joined Mase to break down the TNA Genesis PPV that featured Matt Hardy’s debut and numerous championship changes including Mr. Anderson becoming the World Heavyweight champion, addressed the rumors the Main Event Mafia will be coming back to the promotion and their feelings on Stevie Richards’ sudden exit.

***After a break, the focus shifted to the announcement of Shawn Michaels as the first induction to the WWE Hall of Fame. Our panel commented on Jim Ross’ endorsement of Sting going into the Hall of Fame and the matches from Monday Night Raw and Friday Night Smackdown as we get closer to Royal Rumble 2011. The show also broke news of Ring of Honor and its TV partner HDNet ending its partnership.

If you want to read Kevin’s blog along with Phil Strum, Under the Ring can be found at http://blogs.poughkeepsiejournal.com/underthering/

***Alan gave information to the fans on the following events:

***Alan announced for the 1/18/11 Online World of Wrestling Radio will be holding a 2nd Ladies Night with WSU World champion Mercedes Martinez and WSU All Guts, No Glory champion Angel Orsini as our interview subjects.  Log onto www.wsuwrestling.com for information on “The Last Chapter” iPPV event.

***Alan reminded the fans to log onto www.wrestlingradioawards.com to vote for the program in 3 categories and to check out the inaugural WTR Awards on www.wildtalkradio.com .

The evening’s soundtrack came courtesy of the one and only King of Rock n Roll Elvis Presley.

Online World of Wrestling is produced by Wild Talk Radio, www.wildtalkradio.com where you can sign up for the WTR Newsletter. Wild Talk Radio is the home to the following outstanding programs, all times are Eastern:
Sunday 7pm Life Is Callous with Johnny Kashmere

Friday 6pm Running the Ropes with Mav and Nic