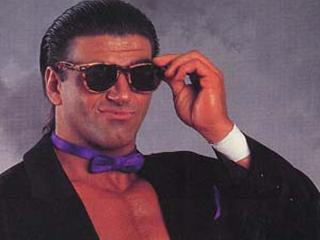 If you missed the Tuesday January 25th edition of the Online World of Wrestling Radio with host Alan Wojcik and contributors from Wrestle Talk Radio/Otaku Talk Radio’s Spug & Mase, here are the highlights:

The trio opened the show recapping Friday Night SmackDown! & Monday Night RAW leading to Sunday’s Royal Rumble PPV. Spug & Mase offered who they would like to see the Rumble as well as what we can expect in the two championship matches.

The 1st of our two 100% free to the listeners’ interview was with Brian Shields co-author of the WWE Encyclopedia. Mr. Shields discussed the genesis of the book and his experiences writing it plus offered interesting tidbits on the history of WrestleMania and the Royal Rumble, who he would like to see in the WWE Hall of Fame and other fun topics. Be sure to follow Brian on www.twitter.com/MightyPen_Sword. If you live near New York City and are a big WWE fan then you need to get to the Franklin Square Library, 19 Lincoln Rd this Saturday at 2pm for Brian’s “History of the WWE” interactive presentation.

Our weekly series “WrestleMania Memories” brought us interview guest #2, former AWA World champion and WWE superstar “the Model” Rick Martel. Our hour long conversation with Mr. Martel ran the gamut from his time in the Pacific Northwest and the Mid-Atlantic territories to his successful years in WWF from 1987-1993, his stint in WCW of 1997-98 and his current dealings in the private sector. We are honored to have Mr. Martel’s interview available to you to enjoy as a download. Be sure to visit www.rickthemodelmartel.com

After the break, the show shifted to all the fun from last Thursday’s iMPACT broadcast plus the recent TNA European tour that featured Ric Flair being left in Ireland as well as news on the continuation of Jeff Hardy’s legal issues. The panel offered opinions on how they would handle these two enigmatic personalities.

<li> SAW’s “Tribute to the Fairgrounds” this Saturday in Nashville, TN. Log onto www.sawfairgrounds.vze.com for information.

Alan reminded the fans to log onto www.wrestlingradioawards.com to vote for the program in 3 categories before the Sunday announcement and to check out the inaugural WTR Awards on www.wildtalkradio.com which will be February 5th. Plus remember to join us in the Wild Talk Radio chat room during the PPV and be sure to tune in after the Royal Rumble to Wrestle Talk Radio at 11pm EST.