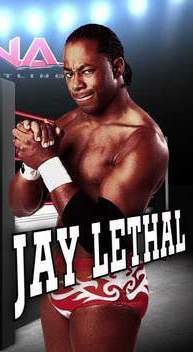 If you missed the Tuesday June 28th edition of the Online World of Wrestling Radio with host Alan Wojcik plus weekly contributor Spug, here are the highlights:

***Our 100% free to the listener’s interview was with the man who came to Online World of Wrestling Radio to break his silence, former TNA superstar JAY LETHAL!!! Jay spent the entire first hour talking about his return to ROH this past Sunday, his thoughts on the iPPV, how Terry Taylor signed him to a TNA contract, the creation of “Black Machismo”, hearing from Randy Savage on the phone, improving with “Nature Boy” Ric Flair, learning from Flair & Hulk Hogan, working under Vince Russo’s creative direction, does he watch TNA today, the worst vignette TNA asked him to do, thoughts on TNA’s decision to go head to head with WWE in 2010, who made the decision to release him from TNA Wrestling, did Eric Bischoff, Hulk Hogan or Vince Russo know about the decision, the plans they had for him at the Destination X PPV, the apparent demise of JAPW, who is dream opponent would be plus Spug’s questions of intrigue that will make you want to listen to. Jay also broke news on his debut in All Wheels Wrestling. Be sure to Follow Jay through @TheLethalJay on Twitter.

***After the break Spug & Alan addressed Raw Roulette including the epic and soon to be legendary CM Punk “shoot” promo that blew up the interwebs (find it online you’ll love it). Spug speculated on a creative direction WWE could go in if the King of Wrestling sign with the promotion plus thoughts on the release of Chavo Guerrero & the recent release of the Best of WCW Nitro.

***The program wrapped up with a recap of TNA Impact Wrestling including new Destination X matches and the Hulk Hogan created rumor TNA is going to take their tapings on the road in August. Alan reminded fans that wrestling legend Kevin Sullivan and the producer/director of Card Subject to Change will be joining us in the coming weeks as well as a return of BG James!!

***Online World of Wrestling Radio would also like to take a moment to welcome some new friends to our program. First being http://www.wrwrestling.net where you can chat live with other fans during WWE & TNA programs plus more. This affiliation comes courtesy of Danial Adibi and the other forum members. Our other new friend is Ultimate Sports Talk that will feature all Wild Talk Radio Network programming in a live streaming format. Check them out by logging onto www.ultimatesportstalk.com

Online World of Wrestling is produced by Wild Talk Radio, www.wildtalkradio.com where you can sign up for the WTR Newsletter. On the go and can’t listen to WTR programming at home, log onto wtr.wirenode.mobi on your mobile device’s web browser