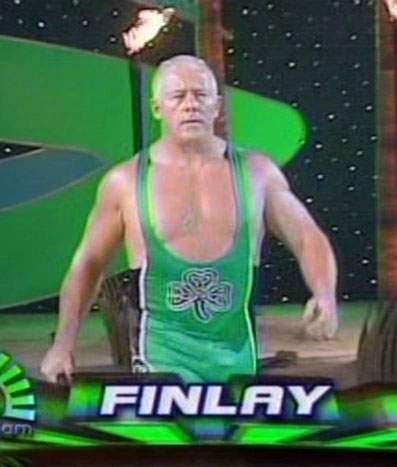 If you missed the Tuesday October 4th edition of the Online World of Wrestling Radio with host Alan Wojcik with weekly contributors Spug. Here are the highlights:

The guys opened the show recapping week 2 of Ring of Honor TV plus the return to MTV2 of Lucha Libre USA.  After a break Alan & Spug recapped TNA Impact Wrestling on Spike TV including new matches announced for the Bound for Glory PPV. Alan previewed this Thursday’s Knoxville based show and the rumors of Hulk Hogan retiring.

The 1st interview of the evening came courtesy of our friends at Crossfire Wrestling who will hold “A New Beginning” on November 5th in Nashville, TN. Former WWE/WCW superstar “Fit” Finlay joined the program to talk about his opponent Al Snow, growing up in a wrestling family, wrestling in Europe & Japan, joining WCW and did he regret signing with the promotion, moving to WWE and how he became the point person for the Diva’s division & more. Log onto www.crossfirellc.vze.com for the entire lineup heading to the TN State Fairgrounds!

Our 2nd interview was with the “Cold Hearted Playa” Danny Demanto who spoke about his love of the NY Yankees, wrestling for several northeast promotions and the differences in promotions when he came to work in Florida, training at the legendary LIWF Doghouse, his love/hate feelings for the Jersey Shore TV program, working for NWS who cross-promote events with WSU, the reputation of promoters Jac Sabboth & Frank Goodman and much more. Follow @DannyDemanto on Twitter and get to the Orlando National Guard Armory this Saturday for PWX Halloween Hell. Call 407-575-4435 for ticket and event information.

Before wrapping for the evening, Alan & Spug recapped the Hell in a Cell PPV that included R-Truth & the Miz attacking everyone around ringside. Also debated was the “vote of no confidence” in HHH issued by the WWE roster.