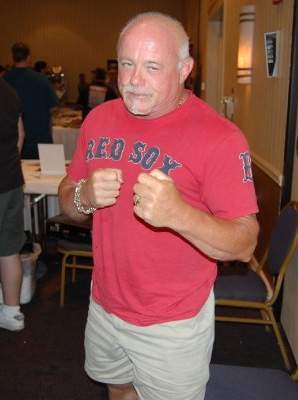 If you missed the Tuesday July 12th edition of the Online World of Wrestling Radio with host Alan Wojcik plus weekly contributors Jackie Fiest & Spug, here are the highlights:

Our 1st 100% free to the listener’s interview was with the creators of the newly released documentary “Card Subject to Change”, director Tim Disbrow & producer James Soubasis. Both gentlemen took questions on the genesis of the film, selection process of the films main subjects, what got dropped on the cutting room floor, Tim working as his own director of photography and the memories of the late Trent “Michael Verdi” Acid. For film information log onto www.cardsubjecttochange.com

Interview #2 was with a star of the film and a legend in his own right, Kevin Sullivan who took questions on why he said yes to the film, the stars of today who draw money like John Cena, CM Punk & the Miz, the creation of Goldberg in WCW, why the WCW War Games match lost its luster (question from our contributor Brian Shields), the creation of his “Prince of Darkness” persona in Championship Wrestling from Florida, why he sold Froggy’s Fitness, the legacy he has created in the business, his Boston Red Sox and much more.

After the break Jackie, Spug & Alan addressed the sudden stripping of the NWA World Heavyweight championship from the Sheik and the shocking surrender of the World Jr. Heavyweight championship by Craig Classic, a recap of Monday Night Raw that included the amazing “contract negotiations” sessions between Vince McMahon & CM Punk, a preview of the Money in the Bank PPV including rumors Mick Foley & Colt Cabana will be in attendance & why Jackie dislikes Kelly Kelly.

The program wrapped up with a recap of TNA Impact Wrestling including Sunday’s Destination X matches, plus spoilers from this Thursday’s Impact tapings that bothered Alan & Spug along with the initial three dates for Impact tapings outside Orlando.

Alan reminded fans that NWA National Heavyweight champion Chance Prophet & “Mr. Gay Philadelphia” Johnny Kashmere will join us next week. We are also scheduled to talk with several stars from the upcoming Tribute to the Fairgrounds 3 event including BG James.

Online World of Wrestling Radio would also like to take a moment to welcome our new friends to our program. First being http://www.wrwrestling.net where you can chat live with other fans during WWE & TNA programs plus more. This affiliation comes courtesy of Danial Adibi and the other forum members. Our other new friend is Ultimate Sports Talk that will feature all Wild Talk Radio Network programming in a live streaming format. Check them out by logging onto www.ultimatesportstalk.com