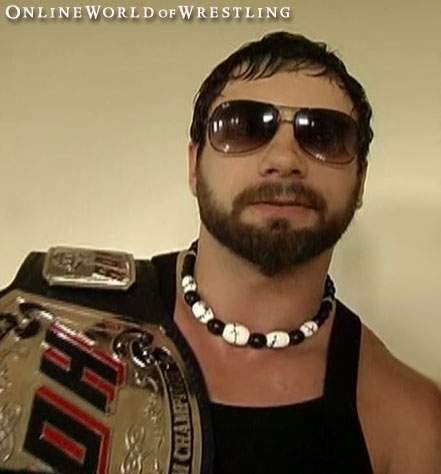 If you missed the Tuesday April 26th edition of the Online World of Wrestling Radio with host Alan Wojcik and contributors Spug & Mase, here are the highlights:

***The program was opened by 100% free to the listener’s interview #1 with ECWA creative mind Joe Zanolle who took us through this weekend’s 15th annual Super 8 event held in Voorhees, NJ. Log onto www.ecwaprowrestling.com for event and iPPV information.

***After the break we were joined by former ROH World champion and Super 8 competitor Austin Aries who took questions on his time in ROH, TNA, PWG, NWA Wrestling from Hollywood, Evolve, Dragon Gate USA as well as the other 7 superstars who stand in his way of winning the Super 8. Be sure to log onto www.youtube.com and type in RealHealyReel for videos and commentary from Austin.

***The program shifted its focus to TNA Wrestling and the sudden release of former World X Division champion Jay Lethal and what would his next career choice could be. Speaking of career changes, rumors of WWE superstar CM Punk’s contract expiring, plus a recap of all 30 selections in the 2011 WWE Draft and did creative make the right decisions. Listeners were updated on an injury to Jim Ross sustained on Raw, updates on former star Dave Batista and PPV name changes.

***The April 26th episode of Online World of Wrestling Radio was #99 and we want to take time to thank the listeners, production staff of Wild Talk Radio, ClickWrestle On Demand, iTunes and www.OnlineWorldofWrestling .com for the continued support.

***May 3rd is episode #100 and we might have some big and little things planned. Check our section of the OWW Genesis plus our Facebook & Twitter accounts for updated information.

http://wildtalkradio.com/oww/owwradio042611.mp3 is one way how you access the archive of THIS show. Click it you know you wanna!! You can also get this and other past shows, by logging onto www.clickwrestle.com/podcasts/owwradio. ClickWrestle Video On Demand is also home to thousands of matches from around the globe. The show can also be found on iTunes http://itunes.apple.com/us/podcast/oww-radio/id334739148?ign-mpt=uo%3D4. Best part it’s FREE!!