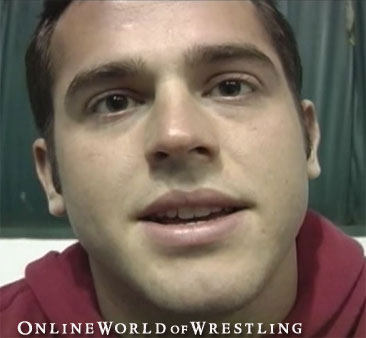 If you missed the Tuesday September 6th edition of the Online World of Wrestling Radio with host Alan Wojcik with weekly contributors Spug. Here are the highlights:

Our 100% free to the listener’s interview was with former FIP & ROH World champion “the Messiah of the Backbreaker” Roderick Strong who fielded questions on his career in FIP, ROH, Pro Wrestling Noah, the many uses of the backbreaker he incorporates in his matches plus the best rib he has ever witnessed & much more. Follow him on Twitter @RoderickStrong

The show came back from commercial to discuss TNA Impact Wrestling from the past week plus the legal issues surrounding current World Heavyweight champion Kurt Angle as the promotion heads to Sunday’s No Surrender PPV event.

To open the 10pm hour the show focused on a recap of Monday Night Raw that saw new matches made for Night of Champions on September 18th. Alan & Spug addressed a situation from a “Macho Man” memorial show that saw Greg Valentine no-show & make Lanny Poffo embarrassed.

Alan has worked the emails and September is the “Month of Honor” to celebrate Ring of Honor’s “Death Before Dishonor” iPPV and the debut on the Sinclair Media Group TV stations across America. Log onto www.rohwrestling.com for the dates and times you can watch. On 9/13 ROH’s Cary Silkin and Eddie Edwards and on 9/20 Jay Lethal returns.

Online World of Wrestling Radio is hosted by Alan Wojcik (http://alanwojcik.tripod.com  for credentials) with contributors from across the wrestling world and the most important people, listeners like you joining in the chat room and on the air!! No opinions are too outlandish (just try and stay on topic)

The show airs Tuesday nights 9pm until we run out of stuff to talk about on the Wild Talk Radio network. The links to listen live can be found at www.owwradio.com and www.wildtalkradio.com .